A drug which has already been in use for decades to treat liver disease could be an effective treatment to slow down progression of Parkinson’s disease, scientists from the University of Sheffield have discovered. 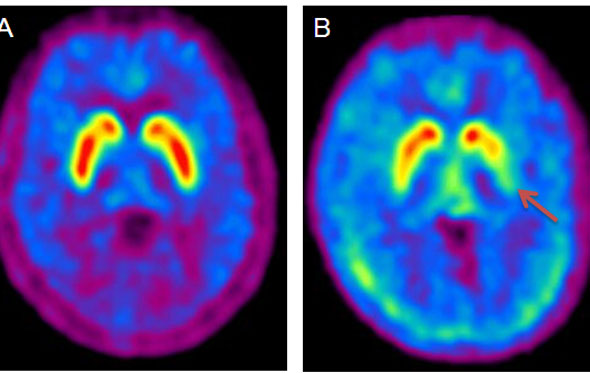 The pioneering research led by academics from the Sheffield Institute of Translational Neuroscience (SITraN), in collaboration with scientists from the University of York, supports the fast-tracking of the drug ursodeoxycholic acid (UDCA) for a clinical trial in Parkinson’s patients.

Dr Heather Mortiboys, Parkinson’s UK Senior Research Fellow from the University of Sheffield, explained: “We demonstrated the beneficial effects of UDCA in the tissue of LRRK2 carriers with Parkinson’s disease as well as currently asymptomatic LRRK2 carriers. In both cases, UDCA improved mitochondrial function as demonstrated by the increase in oxygen consumption and cellular energy levels.”

Oliver Bandmann, Professor of Movement Disorders Neurology at the University of Sheffield and Honorary Consultant Neurologist at Sheffield Teaching Hospitals NHS Foundation Trust, added: “Whilst we have been looking at Parkinson’s patients who carry the LRRK2 mutation, mitochondrial defects are also present in other inherited and sporadic forms of Parkinson’s, where we do not know the causes yet. Our hope is therefore, that UDCA might be beneficial for other types of Parkinson’s disease and might also show benefits in other neurodegenerative diseases.”

The research is also the first to demonstrate beneficial effects of UDCA on dopaminergic neurons, the nerve cells affected in Parkinson’s disease, in a fly model of Parkinson’s disease which carries the same genetic change as some patients with the condition.

The study published in the journal Neurology is funded by Parkinson’s UK, the Wellcome Trust and the Norwegian Parkinson Foundation.

A mutation in the LRRK2 gene is the single most common inherited cause of Parkinson’s disease. However, the precise mechanism that leads to Parkinson’s is still unclear.

Defects in mitochondria, and as a consequence reduced energy levels, are a factor in a number of diseases that affect the nervous system including Parkinson’s and Motor Neuron Disease. Nerve cells have a particularly high energy demands, therefore defects in the cell’s energy generators will crucially affect their survival.

Professor Bandmann added: “Following on from the promising results of our in vitro drug screen, we were keen to further investigate and confirm the potential of UDCA in vivo – in a living organism.

“UDCA has been in clinical use for decades and thus could be advanced to the clinic rapidly if it proves beneficial in clinical trials.”

Collaborators Rebecca Furmston, White Rose PhD student, and Dr Chris Elliott, from the University of York’s Department of Biology, demonstrated the beneficial effects of UDCA in vivo using the fruit fly (Drosophila melanogaster). In fruit flies, the mitochondrial defects caused by the LRRK2 mutation to dopaminergic neurons can be monitored through the progressive loss of visual function. Flies carrying the mutation maintained their visual response when fed with UDCA.

Dr Elliott said: “The treatment of fruit flies carrying the faulty LRRK2 gene with UDCA showed a profound rescue of dopaminergic signalling. Feeding the flies with UDCA partway through their life slows the rate at which the fly brain then degenerates. Thus, mitochondrial rescue agents may be a promising novel strategy for disease-modifying therapy in LRRK2-related Parkinson’s.”

Dr Arthur Roach, Director of Research and Development at Parkinson’s UK, which part-funded the study, said: “There is a tremendous need for new treatments that can slow or stop Parkinson’s.

“Because of this urgency, the testing of drugs like UCDA, which are already approved for other uses, is extremely valuable. It can save years, and hundreds of millions of pounds.

“It’s particularly encouraging in this study that even at relatively low concentrations the liver drug still had an effect on Parkinson’s cells grown in the lab.

“This type of cutting-edge research is the best hope of finding better treatments for people with Parkinson’s in years, not decades.”

SITraN
The Sheffield Institute for Translational Neuroscience (SITraN) SITraN is a world-leading research centre purpose-built and dedicated to research into motor neuron disease (MND/ALS) and related neurodegenerative diseases including Parkinson’s disease,
Alzheimer’s disease, and stroke. The state-of-the art research facility was opened in 2010 by HM The Queen and uniquely allows the multidisciplinary collaboration of clinicians, scientists and health professionals to develop new treatments for the benefit of patients.
To find out more visit www.sheffield.ac.uk/sitran/

University of York
The University of York was founded in 1963 with 230 students. It now has around 16,000 students and more than 30 academic departments and research centres.
It is a member of the Russell Group and features regularly in the ranks of the UK’s foremost universities. In the 2014 Research Excellence Framework, York ranked tenth out of 155 UK universities for the impact of its research.
York was named Times Higher Education University of the Year in 2010 for its drive to combine academic excellence with social inclusion, and its record in scientific discovery and investment in the arts and humanities. The University has won five Queen’s Anniversary Prizes for the quality of its research.
The University of York places equal emphasis on research and teaching. Students in every department - both undergraduate and postgraduate - are taught and advised by leaders in their field.
The University’s £750m campus investment represents one of the largest capital developments in UK Higher Education and provides new student accommodation, world-class research and teaching facilities, and embedded and stand-alone facilities for businesses. The University has a collegiate system in which most staff and all students are members of one of nine colleges.
The Department of Biology at the University of York achieves excellence in teaching that is inspired by world class research with impact. In the 2014 Research Excellence Framework (REF) exercise the Department was ranked first in the UK for impact of its research outside academia – the research has had major influence on environmental policy, industry and health.
For more information, please visit www.york.ac.uk

Parkinson’s UK
Every hour, someone in the UK is told they have Parkinson's. It affects 127,000 people in the UK - which is around one in 500 of the population. Parkinson's is a degenerative neurological condition, for which there currently is no cure. The main symptoms of the condition are tremor, slowness of movement and rigidity. Parkinson's UK is the UK's leading charity supporting those with the condition. Its mission is to find a cure and improve life for everyone affected by Parkinson's through cutting edge research, information, support and campaigning.
For advice, information and support, visit www.parkinsons.org.uk or call our free, confidential helpline on 0808 800 0303.