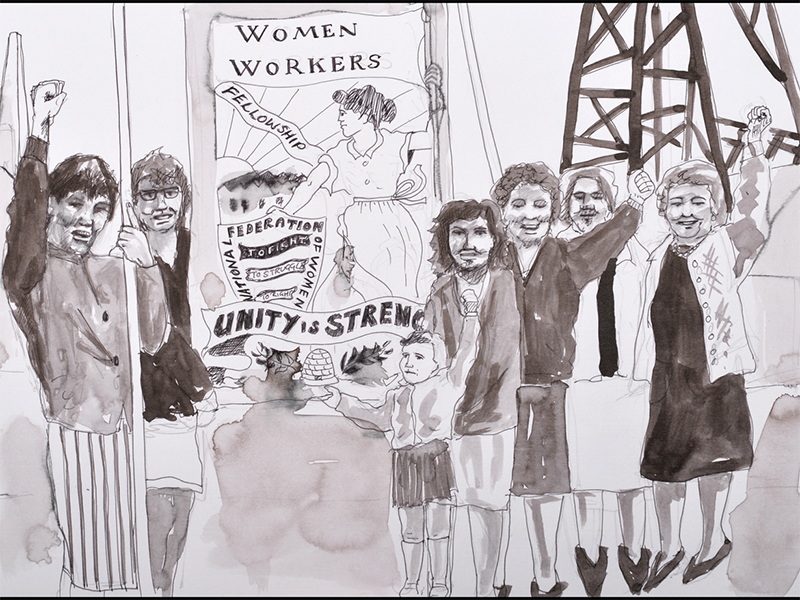 A lost play by one of Britain’s most celebrated authors is set to receive its world premiere thanks to researchers from the University of Sheffield.

The play, After the Strike, was written by Barry Hines in 1985 in response to what the novelist saw unfold during The Battle of Orgreave.

Events of the play span the miners’ strike, its aftermath and explore the multiple corrosive effects it had on local communities and depicts the events of Orgreave in detail.

Hines had intended for the play to be produced and broadcast on British television, but its unflinching account of the strike and its proudly unambiguous politics made that impossible. The play sits alongside Hines’ other unpublished works in his archive at the University of Sheffield.

Now, the play is set to be performed in public for the first time as a series of extracts, performed as a rehearsed reading. This exclusive performance aims to celebrate Hines’ legacy and to commemorate the struggles of the miners’ and their families.

Dr Dave Forrest from the University of Sheffield’s School of English, who has been studying Barry Hines as part of his research into realism, class and region in contemporary literature, said: “In 1984 Barry Hines was at his creative peak. Threads, his masterpiece, had just been broadcast on the BBC. The drama-documentary’s chilling depiction of the effects of a nuclear attack on Sheffield was a thinly veiled allegory of northern working-class life in Thatcher’s Britain.

“Its depiction of the heartless and inhumane destruction of the ‘threads’ that hold together communities felt eerily prescient a year later as Hines witnessed the miners’ strike first hand. As his close collaborator Tony Garnett put it, Hines, the son and grandson of a miner, ‘mourned’ what he saw as the wanton destruction of communities and was particularly exercised by the events at Orgreave and their consequences. As a committed working-class writer, Hines felt duty bound to document what he had seen over the course of the strike.

“This performance is now a chance for people to experience one of Hines’ unpublished pieces of work for the first time while also celebrating his legacy and commemorating the struggles of miners and their families on the 35th anniversary of The Battle of Orgreave.”

The event is being held as part of a new collaboration between researchers in the University of Sheffield’s Faculty of Arts and Humanities, the Kelham Island Museum and the Orgreave Truth and Justice Campaign.

Kate Flannery, Secretary of the Orgreave Truth and Justice Campaign, added: "The Orgreave Truth and Justice Campaign are delighted to be organising this event at Kelham Island in collaboration with the University of Sheffield, Faculty of Arts and Humanities. We are very keen to promote the work of Barry Hines. He writes from the heart, his work is raw, historically accurate and heavily critical of the ruling class. It is a privilege to be part of ensuring these unpublished works are available for the public to see." 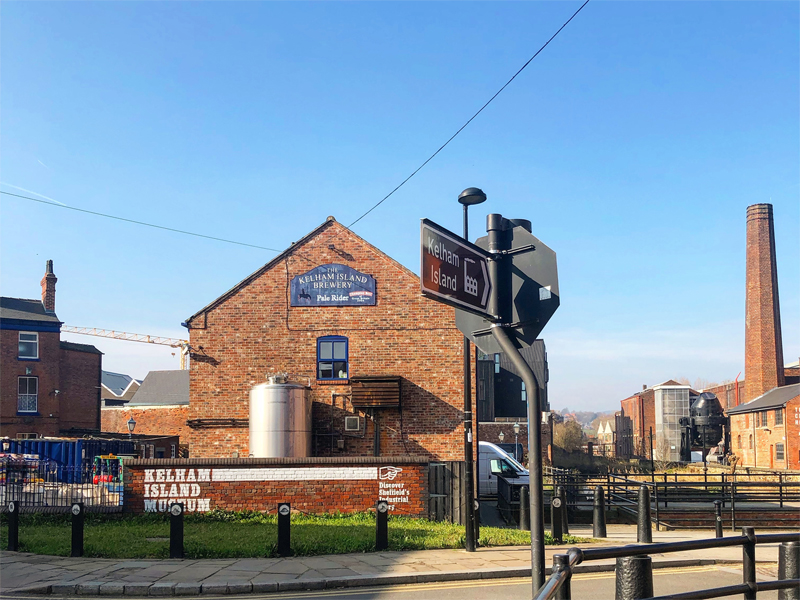 With the Kelham Island quarter of Sheffield recently being named Best Neighbourhood in the UK and Ireland at the 2019 Urbanism Awards, arts and humanities researchers from the University are collaborating with the Kelham Island Museum to uncover the story of how a neglected and rundown industrial area transformed itself to become one of the most desirable neighbourhoods in the country.

The events and exhibitions will explore the winners and losers of this transformation and how the Kelham Island story plays out against the backdrop of top-down austerity, neo-liberalism, bottom-up community and artisan and hipster enterprise.

Dr Amanda Crawley Jackson, Director of Impact and Engagement in the University of Sheffield’s Faculty of Arts and Humanities, added: “Kelham Island is undergoing a huge transformation which has changed the area’s identity over the last five years. The area is changing from the ghostly remains of industry to a blossoming community of city workers, students, creatives and independent businesses that is becoming a magnet for visitors from across Sheffield, the north and the UK. 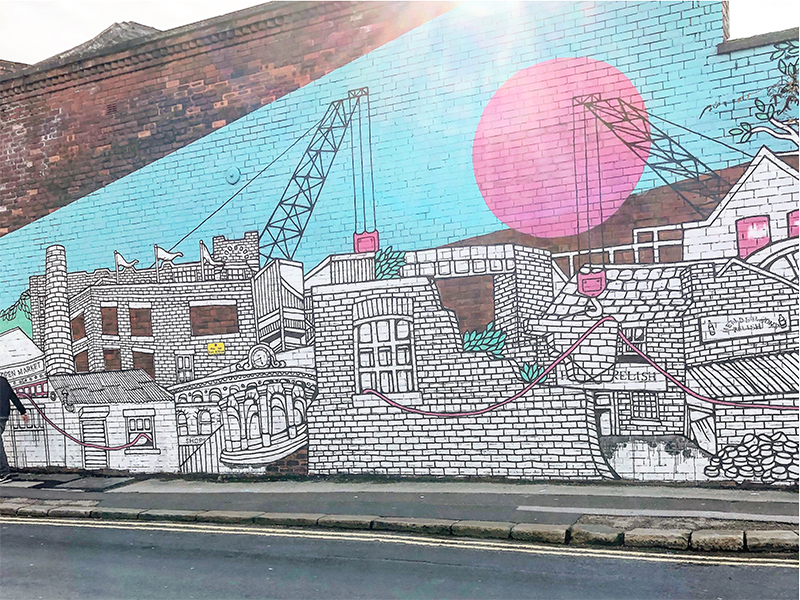 “However, underneath the success of this regeneration are untold stories about the area’s history and the impact this change has and continues to have on people in the local community.

“Our new collaboration with the Kelham Island Museum is looking to tell these stories while also uncovering other historical, cultural and critical precedents for this kind of urban re-imagining. We’re hoping people will join the experience and be part of the debate through exhibitions, theatre, music, talks, walks, community projects and conference-style events.”

The collaboration forms part of the University of Sheffield’s Faculty of Arts and Humanities’ wider Knowledge Exchange project, Co-Constructive Humanities, which aims to bring the arts and humanities’ unique perspective to dialogues and debates on the cities in which we live. 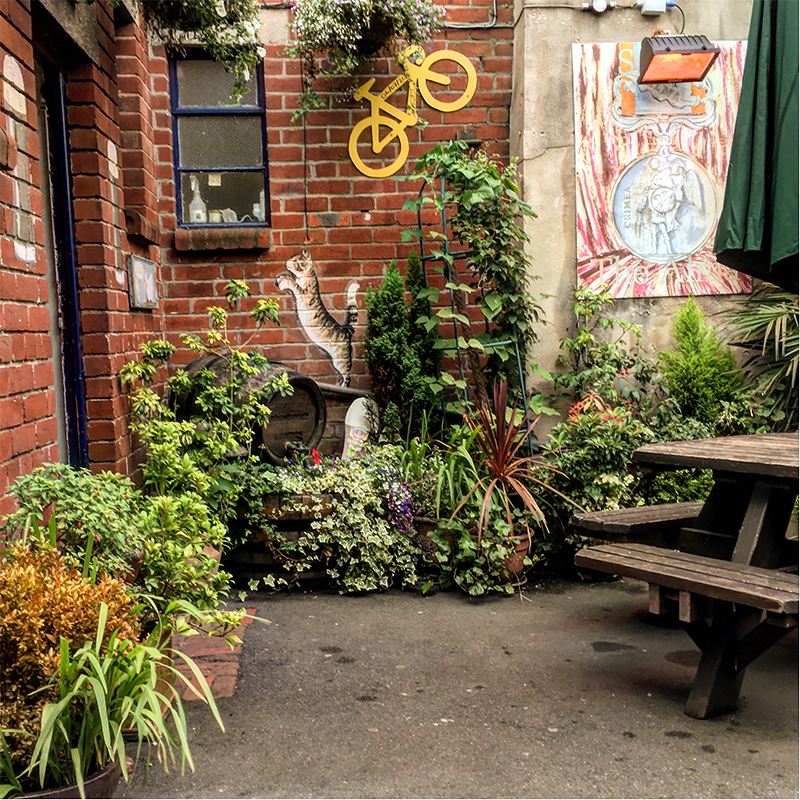 After the Strike: the first ever public reading of the lost Barry Hines play, is being held on Tuesday 18 June 2019 from 7pm-9pm at the Kelham Island Museum. For tickets and information, visit: https://www.eventbrite.co.uk/e/after-the-strike-barry-hines-tickets-62249268237

The series of events and exhibitions in From Brooklyn Works to Brooklynism is being held from Monday 17 June – Wednesday 31 July 2019 at the Kelham Island Museum. For the full programme of events, including ticket information, visit: https://brooklynism.wordpress.com/