New evidence on the recent performance of UK manufacturing points towards a perilous future for the sector, according a new report by the Sheffield Political Economy Research Institute (SPERI). 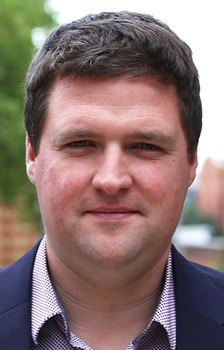 The report explores the challenge facing Theresa May, who has made industrial policy one of the key pillars of her economic agenda, and casts doubt on the recent positive commentary surrounding manufacturing in the context of the current collapse in the value of sterling.

The report shows that:

Dr Craig Berry, Deputy Director of SPERI and author of the report, said: "The growth in manufacturing jobs in the last five years, however limited, is to be welcomed. British manufacturing is not dead, but the sector is in great peril. There are few signs of sustainable growth in advanced manufacturing industries, and we now seem to be witnessing a new phenomenon whereby the UK manufacturing sector is creating lower-skilled jobs without enhancing its productive capacity. This is a different kind of manufacturing decline than we have experienced in the past, but it is decline nevertheless.

“Despite some analysts predicting a resurgence in manufacturing due to the fall in sterling, Brexit is likely to prove to be a significant challenge to the manufacturing sector in the years ahead, given the probability of trade barriers between the UK manufacturing and its key trading partners, lower levels of investment from European manufacturing firms, and a more challenging research environment for UK universities.

“Theresa May has promised a renewed focus on industrial policy, but it is not clear that her agenda will differ substantively that of the previous government. What is required is an industrial strategy which ensures all economic policy functions are focused on supporting sustainable industrial development. Challenging the primacy of the Treasury in economic policy-making will be central to this endeavour.”

The SPERI brief can be viewed at http://speri.dept.shef.ac.uk/wp-content/uploads/2016/10/Brief-25-UK-manufacturing-decline-since-the-crisis.pdf