New research shows our seas are in trouble

New research by the University of Sheffield has warned of the increasing risk of extinction to our marine life. 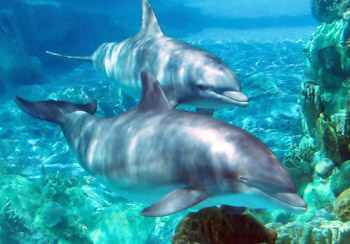 Overfishing, pollution, climate change and destruction of habitats like coral reefs are all putting our seas in trouble but academics fear the risk is not being taken as seriously as concerns for the loss of animals and plants which live on land.

Using the most comprehensive conservation data available for both marine and non-marine organisms, research led by Dr Thomas Webb, from the University’s Department of Animal and Plant Sciences, has shown that 20 to 25 per cent of the well-known species living in our seas are now threatened with extinction – the same figure as land living plants and animals.

Dr Webb said: "Until now, there has been a general assumption that, despite pressures on marine environments like pollution and overfishing, marine species are unlikely to be threatened with extinction.

This assessment means that species have been checked against a list of criteria published by the International Union for the Conservation of Nature, a time-consuming process that has been completed for only three per cent of marine species, with no assessments at all in three quarters of the major groups of marine animals and plants.

Dr Webb added: "When we concentrate on those groups of animals and plants which are best known, and where estimates of extinction risk are likely to be most reliable, the difference between marine and non-marine species disappears. Instead, in these groups around one in every four or five species is estimated to be at a heightened risk of extinction, whether they live on land or in the sea.

"We ought to be more concerned about marine species."

The research, which was funded by the Royal Society, forms part of a broader programme of study challenging the traditional division between marine ecology and ‘mainstream’ ecology, the notion that marine systems are somehow fundamentally different from terrestrial systems, and that this demands separate research approaches and indeed research institutes - to study them.

Dr Webb added: "This is not to say that there are no important differences, but rather that assumptions need to be tested in order to make sensible decisions about managing the marine environment."

The study is also part of efforts to better use the wealth of existing data on marine ecosystems to track past changes and to predict how they are likely to respond to future pressures.

The paper Global Patterns of Extinction Risk in Marine and Non-Marine Systems, is being published by Current Biology on Thursday, 29 January 2015.

For a full copy of the research paper email clare.parkin@sheffield.ac.uk

The paper was co-authored by Beth Mindel currently a PhD student at the University of Sheffield.

To read other news releases about the University of Sheffield, visit www.sheffield.ac.uk/news