More than 200 international scientists and clinicians who are fighting to find a cure for the devastating degenerative condition Motor Neurone Disease (MND) will gather in Sheffield for a world leading event. 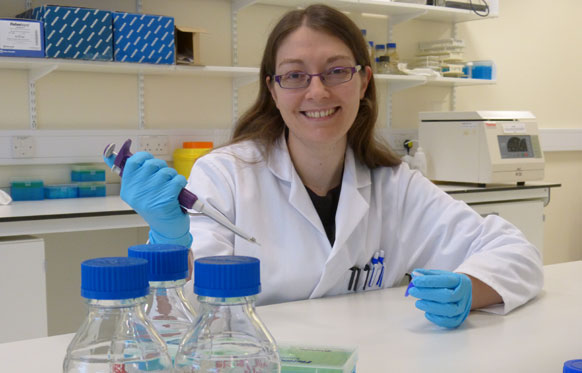 The pioneering Sheffield Institute for Translational Neuroscience (SITraN) is hosting the 11th annual meeting of the European Network for the Cure of Amyotrophic Lateral Sclerosis – also known as MND.

Over 6,000 people in the UK suffer from MND. The incurable disease destroys the cells which control movement causing progressive disability. Sufferers may lose their ability to walk, talk, eat and breathe, and at present treatment options for the protection of motor neurones have only a modest effect. More effective therapies are urgently needed.

The three day European Network for the Cure of Amyotrophic Lateral Sclerosis (ENCALS) event is an important annual European meeting that aims to bring together the key MND research groups to share their latest research and knowledge.

Professor Pam Shaw, Director of SITraN and Consultant Neurologist at Sheffield Teaching Hospitals NHS Foundation Trust said: “It is a great honour and pleasure to be hosting the 11th ENCALS meeting in the heart of Sheffield.

"Currently there is no diagnostic test for MND and it can take over a year to confirm a diagnosis," said Dr Goodall.

"This is an unacceptable delay in such a rapidly fatal condition. My research uses new technology to measure a novel type of genetic material, known as microRNA, in the blood. By comparing MND patient blood samples to those without the condition we can build up microRNA 'fingerprints' that will quickly distinguish these patients.

"In the future, it is hoped that detecting mircoRNAs could lead to the development of a blood test to aid diagnosis, prognosis prediction and track the progression of the disease."

Dr Goodall's research was motivated by the loss of her father to the condition 15 years ago.

She added: "I hope my project will play a role in improving the diagnostic process for future families affected by MND, preventing the months of uncertainty we faced and helping them to get the support they need more quickly.

"I feel privileged to be part of the SITraN team and presenting my work to such a prestigious audience. Attending conferences like the ENCALS meeting always gives me immense optimism. There is some amazing research taking place all over Europe and this event will showcase the very latest advances in patient care, research and show real progress towards a cure."

SITraN was officially unveiled by Her Majesty The Queen and His Royal Highness The Duke of Edinburgh in November 2010 with the vision to overcome the devastating effects of MND, which is an incurable disease, on patients and their families.

In two years SITraN has grown immensely and developed into a leading global facility which is at the forefront of research, expertise and pioneering new treatments for MND and related neurological diseases such as Parkinson's, Spinal Muscular Atrophy (SMA) and Alzheimer's Disease - bringing new hope to patients and families across the country.

The £18 million centre brings together state-of-the-art laboratories and equipment including a clinical database of over 1,500 MND patients and the largest resource of human brain-bank material in the world.

Dr Janine Kirby, Senior Lecturer at SITraN and meeting co-ordinator, said: "This is a fantastic opportunity for the researchers in Sheffield to participate in a European conference that is on their doorstep. The ENCALS meeting provides an ideal opportunity for networking with colleagues, discussing collaborations and hearing about the latest research findings. The three day meeting is an inspiring, thought provoking and exhausting experience!"

The meeting will also see the ENCALS Young Investigator Award presented to the researcher who has generated the most outstanding or innovative research in MND as judged by the panel.

Dr Brain Dickie, MNDA Director of Research Development, said: "The key to defeating MND lies in fostering strong collaborations between neurologists, healthcare professionals, research scientists, early career investigators and students in the field of MND and the 11th Annual ENCALS meeting in Sheffield provides that opportunity. The MND Association is proud to be supporting this event, particularly since it’s in the UK.”