Universities' bid to inspire a love of languages 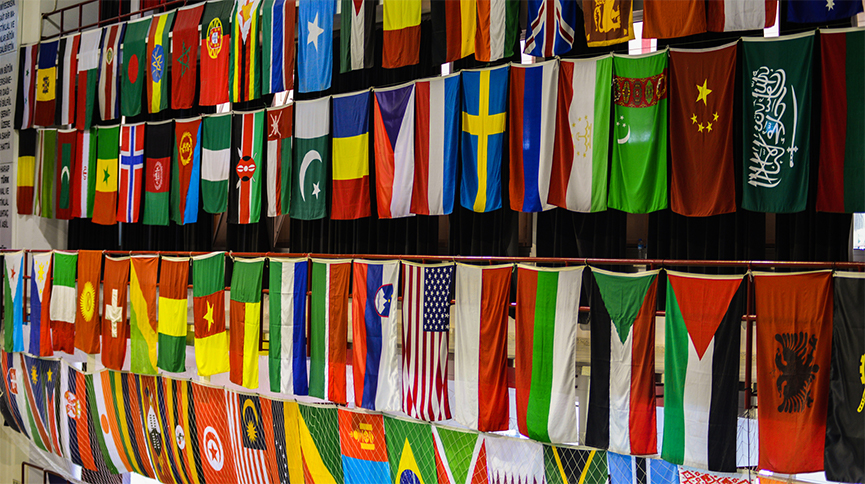 The initiative, being headed by Cardiff University and funded by the Department of Education, follows a successful Welsh mentoring initiative, The Modern Foreign Languages (MFL) Student Mentoring Scheme. It will be introduced into 10 schools and will benefit around 200 pupils in South Yorkshire. The aim is to increase the number of students choosing to study a modern language at GCSE level.

Simon Nicholls, Senior Lecturer in French and Catalan studies at Sheffield Hallam University and regional coordinator for mentoring in Sheffield, said: “This provides a prime opportunity for our undergraduate students to work on raising the aspirations of young people in the Sheffield city region, not only in yielding an enhanced enjoyment of language study and celebrating their usage, but also in smashing the class-based glass ceiling and demonstrating that university study is completely attainable.

“The staff and students of Sheffield Hallam’s languages and cultures subject group are pleased to be part of this mentoring project and keen to enhance the university’s role as a key stakeholder in shaping the futures of those at the heart of our local communities.”

Dr Paul O’Neill, Senior Lecturer in Hispanic studies at the University of Sheffield and regional coordinator for mentoring in Sheffield, said: “This is a great opportunity for both our current undergraduates and the secondary school students in South Yorkshire.

"Let’s get more people learning languages and realising all the wonderful opportunities and personal, cultural and economic benefits that language learning brings.

"The University of Sheffield is very pleased to be participating in this excellent scheme which complements and builds upon many of our current outreach activities with local schools.”

The six-week programme is made up of a mixture of face-to-face learning and online activities. Participating students will be assigned a mentor from the University of Sheffield or Sheffield Hallam University, who will support them to explore the benefits of language learning and to enhance their intercultural understanding and confidence.

The project has achieved great success in Wales, where nearly half of all secondary schools participate in the project. Partner schools have reported on average a doubling in the number of pupils choosing languages at GCSE as well as improved motivation to continue studying and go to university.

Professor Claire Gorrara from Cardiff University said: “We are delighted to be working with partners in England to roll out our successful mentoring scheme.

“The current levels of students opting for languages at age 14 in the UK is worryingly low. Our project is designed to show young people the many opportunities that can come out of speaking another language. The aim will be to increase uptake of modern foreign languages in partner schools in England by between 20 and 40 per cent.”

She added: “Our work has already inspired many students in Wales to think differently about learning languages. We are looking forward to working with schools in England to expand our exciting and innovative work.”