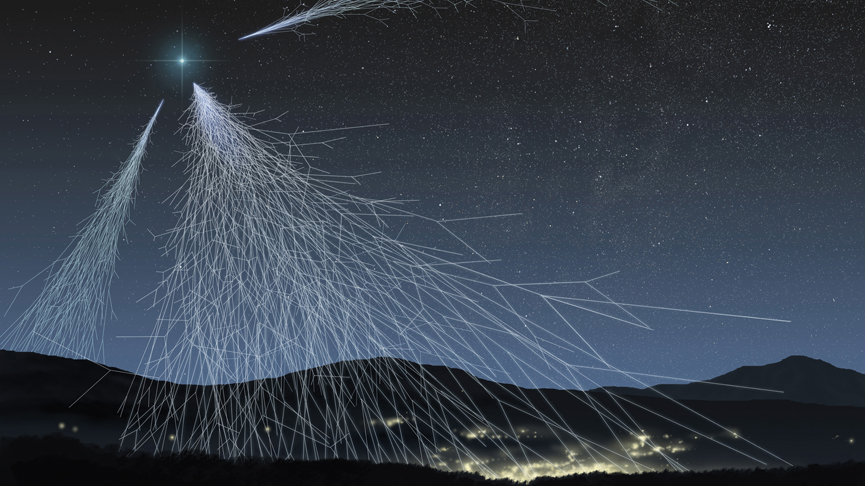 A specialist detector which is set to play a fundamental part in helping the UK reduce its carbon emissions is being developed as part of a collaborative project involving physicists at the University of Sheffield.

Muon detectors which exploit cosmic-ray muons, a natural radiation to see through kilometres of rock - in a similar way to X-rays being used to see inside a patient’s body - are being developed by the Particle Physics Group at the University of Sheffield, to improve monitoring of the process of subsurface carbon storage.

Carbon capture and storage (CCS) is a possible solution to preventing the release of CO2 into the atmosphere by capturing CO2 emissions, mainly from power stations, compressing them into a fluid and transporting them to be stored typically 1.5 - 3.5 km beneath the seabed in depleted oil or gas fields, or saline aquifers. This process could then reduce emissions from fossil fuel power stations by up to 90 per cent.

However, a challenge with CCS is having the ability to measure how full the underground storage sites are and to understand where the CO2 will migrate to once stored underground.

With the current 4D Seismic Surveying (4SS) method of monitoring storage sites being episodic and expensive, the Sheffield group is working with colleagues from Durham and Bath Universities, Underground Boulby Laboratory (STFC) and Caltech (USA) to develop detectors which will be deployed deep underground to provide an image of how much CO2 is being stored in the underground chambers.

Professor Lee Thompson from the University of Sheffield’s Department of Physics and Astronomy who is leading the detector’s development, said: “The detectors need to be small enough to fit into existing bore holes drilled around the underground CO2 storage chambers which are typically only 20 cm in diameter. They also need to be able to resist elevated temperature, as it usually exceeds 40ºC in the boreholes.”

Professor Thompson added: “We are delighted that Michael Fallon MP is visiting the Boulby Science Laboratory to see the progress of our research. If carbon capture storage is to be used as a viable method of reducing carbon emissions then it is essential that we develop technologies such as this to make the process as cheap and effective as possible.

“Currently the project is testing the proposed method by instrumenting a cavern in the Boulby mine with detectors that will monitor muons travelling through the North Sea and then through a kilometre of rock to reach the cavern in the Boulby Mine. As the tide changes above the mine, the amount of water that muons travel through changes and these variations can be picked up by the detector system.”

Phil Baines, the CEO of Cleveland Potash Ltd, the company operating Boulby Mine said: "We are delighted this important study is underway here. We are proud to be enabling the progression of nationally and internationally important scientific research in the region. This project and the wide range of projects hosted by the government-funded Boulby Underground Laboratory show that science and industry can work hand-in-hand to the benefit of all."

With the proof of concept experiment now in place, the project is being extended to designing a system that could be used as a probe in the boreholes of the oil field and other potential geological repositories proposed for CO2 storage. The researchers are aiming to develop a working prototype by 2015.

The project is also modelling how the muons travel through rock, water and CO2 to evaluate the sensitivity of the technique in order to improve the design of the detectors, a procedure that is being overseen by Dr Vitaly Kudryavtsev from the Sheffield Particle Physics Group.

The project is funded by the Department of Energy and Climate Change (DECC) and Premier Oil, a multinational independent exploration and production company with interests in the North Sea oil fields.

The work is also supported by grants from the Science and Technologies Facilities Council (STFC) and the University of Sheffield project Deep Carbon, as well as Cleveland Potash Ltd.

Boulby Underground Laboratory is a Multi-disciplinary deep underground science facility run by the UK’s Science and Technology Facilities Council (STFC). It is a special place for science: one of the few places in the world where scientists can carry out scientific research away from interference of naturally-occurring cosmic radiation ever-present on the Earth’s surface. The facility also gives safe, supported access to the deep underground environment and the interesting geology of the area. Science underway at the Boulby ranges from Astrophysics (the search for Dark Matter) to studies of geology / geophysics, climate, the environment, life on Earth and beyond.

Boulby Mine is a working potash and rock salt mine on the North East coast of England. It is the UK’s main producer of Potash (used for fertiliser) and a major employer in the region (employing ~1000 people directly). Boulby mine is operated by Cleveland Potash Ltd (CPL). Boulby mine have been mining in the area since the 1970s. The mine has hosted the Boulby Underground Laboratory for over a decade. It is a unique and successful science industry partnership.