Breakthrough made towards building the world’s most powerful particle accelerator 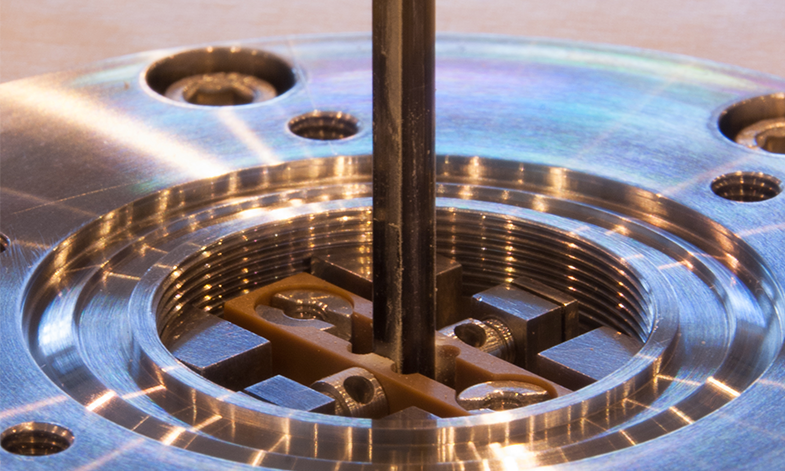 A global team of scientists, including physicists from the University of Sheffield, have achieved a major step towards being able to create the world’s most powerful particle accelerator.

The international Muon Ionization Cooling Experiment (MICE) collaboration is working to demonstrate how to create a muon accelerator, which will advance our understanding of the fundamental constituents of matter.

Muons are elementary subatomic particles similar to electrons, but 207 times heavier. They can be used to study the atomic structure of materials, as a catalyst for nuclear fusion and to see through dense materials which x-rays are unable to get through.

Particle accelerators have been used since the 1930s to make ever more energetic proton, electron and ion beams (streams of particles generated by heat bombardment of charged atoms or particles, or strong electric fields).
These beams are used in every scientific field, from colliding particles in the Large Hadron Collider to measuring the structure of drugs, treating cancers and manufacturing microchips. When muons are produced they form a diffuse cloud, so when it comes to colliding the muons the chances of them hitting each other and producing interesting physical phenomena are low.

To make the cloud less diffuse, a process called beam cooling is used. This involves getting the muons closer together and moving in the same direction. A major obstacle to cooling a muon beam is that muons only live for two millionths of a second, and previous methods developed to cool beams take hours to achieve an effect.

It was previously unknown if channelling muons into a small enough volume to be able to study physics in new systems was possible. The results of the MICE experiment, carried out at the Science and Technology Facilities Council (STFC) ISIS Neutron and Muon Beam facility, clearly show that this ionization cooling works and can be used to channel muons into a tiny volume.

Scientists from the University of Sheffield designed and prototyped a novel target mechanism that produced the muons used in the MICE experiment. Muons are produced by smashing a beam of protons into a target, then separating them from the debris and directing them through a series of magnetic lenses.

Dr Chris Booth, from the University of Sheffield’s Department of Physics and Astronomy, who led the development of the particle-production target on ISIS, said: “The techniques demonstrated by the MICE experiment will allow new particle accelerators to be constructed which could explore fundamental physics in areas ranging from neutrinos (subatomic particles with no electrical charge and very little mass) to the Higgs boson and the energy frontier that lies beyond the reach of the Large Hadron Collider (LHC).

“I am especially proud of the University of Sheffield’s contribution to designing and building a new type of target that produced the muons used in the experiment.”

The MICE collaboration developed the completely new method to tackle this unique challenge, cooling the muons by putting them through specially-designed energy-absorbing materials such as lithium hydride or liquid hydrogen cooled to around -250C. This was done while the beam was very tightly focused by powerful superconducting magnetic lenses. The measurement is so delicate that it requires measuring the beam particle-by-particle using particle physics techniques rather than the usual accelerator diagnostics.

After cooling the beam, the muons can be accelerated by a normal particle accelerator in a precise direction, making it much more likely that the muons will collide. Alternatively, the cold muons can be slowed down so that their decay products can be studied.

Dr Chris Rogers, based at ISIS and the collaboration’s Physics Co-ordinator, explained: “MICE has demonstrated a completely new way of squeezing a particle beam into a smaller volume. This technique is necessary for making a successful muon collider, which could outperform even the LHC.”

Professor Ken Long, spokesperson for the experiment from Imperial College London, said: “The enthusiasm, dedication, and hard work of the international collaboration and the outstanding support of laboratory personnel at STFC and from institutes across the world have made this game-changing breakthrough possible.”