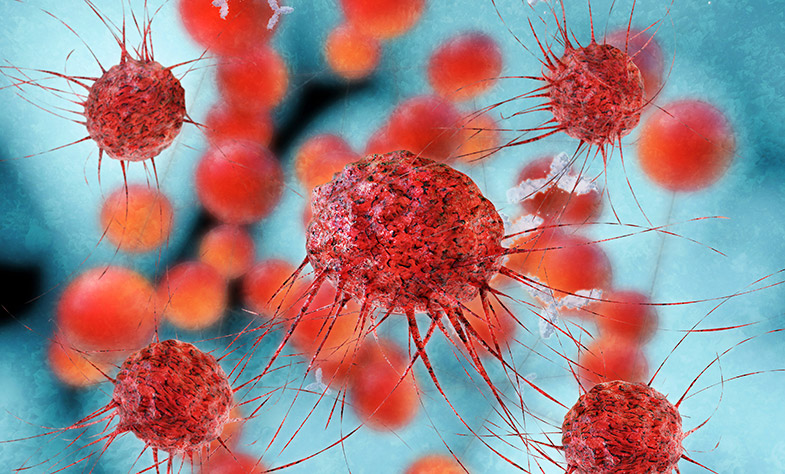 Scientists from the University of Sheffield have discovered a compound that could be more effective in treating certain cancers than standard chemotherapy.

Chemotherapy is still the first line of defence for most cancer tumours and is often highly effective. However, many cancers are naturally resistant, or develop resistance, to commonly used first-line chemotherapy drugs like cisplatin.

Researchers from the University of Sheffield’s Departments of Biomedical Science and Chemistry collaborated to identify new drug-candidates that would work against these types of treatment resistant cancers.

In the paper, published in the Journal of the American Chemical Society, scientists screened new compounds made in the lab against a "panel" of cancers that were sensitive and resistant to standard cancer therapy.

Professor Jim Thomas, from the University’s Department of Chemistry, said: “Many cancer cells - about 20 per cent - become resistant to common treatments by learning to ignore the internal signals that tell them to undergo programed cell death, known as apoptosis.

“We have identified a compound that kills cancer cells that avoids the need for apoptosis, and so the usual resistance mechanism doesn't work against our compound.

“The compound is as potent as common current chemotherapeutics, but crucially retains its potency against treatment-resistant cancers. By looking at the cellular response from the cancers we found the new drug lead works by two different mechanisms simultaneously, making it much more difficult for cancers to develop resistance toward them during treatment.

“We think this compound could be particularly effective against ovarian cancer.”

The team used a technique called “proteomics” to determine how thousands of proteins in the cells responded to exposure to the drug lead.

Professor Carl Smythe, from the University’s Department of Biomedical Science, said: “Proteomics is a remarkably powerful approach we have in Sheffield to identify how living things respond to new drug candidates. The multiple mechanisms of action of the new molecules was an unexpected and exciting result.”

Researchers now want to carry out further studies to find out if the compound can be used in combination with current treatments to improve their performance.

Professor Thomas added: “We also want to discover if we can identify derivatives that further enhance the effectiveness of the drugs without being harmful to ‘normal’ non-malignant cells and discover against what types of cancers the compounds are most effective.”