New evidence has linked Arctic warming with severe weather in countries including the UK and US. 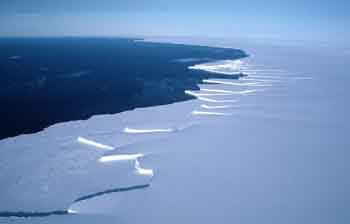 Professor Edward Hanna and PhD student Richard Hall, from the University of Sheffield’s Department of Geography, are part of a select group of international climate scientists investigating links between Arctic climate change and extreme weather in the northern mid-latitudes.

They have found that while it is too soon to know for certain whether the Arctic played a role in persistent cold events during the extreme wet UK winter of 2013/14 and recent USA East Coast winters, new studies are adding to the growing weight of evidence linking increased Arctic temperatures with changes in mid-latitude weather patterns.

The research published in the Journal of Climate by Professor James Overland of the National Oceanic and Atmospheric Administration (NOAA) and authors from North America, Asia and Europe, including Professor Hanna and Richard Hall, paints a picture of links that vary by region and season.

Arctic temperatures are increasing two to three times faster than those at the mid-latitudes. Some scientists have suggested that warming Arctic temperatures contribute to weaker upper level westerly winds and a wavier jet stream. This wavier path may have caused cold weather conditions to stall over the eastern seaboard and midwest United States during recent winters, according to these theories.

Professor Hanna and Richard Hall note increased variability of the jet stream in winter and high pressure over Greenland, which has given more variable UK winters in the last few years. This includes the exceptionally stormy winter of 2013/14 which could have been partly influenced by climate change in the Arctic.

Professor Hanna said: “Our work presents tantalising new evidence of links between global warming, which is enhanced in high northern latitudes, and recent extreme winter weather events in the UK and further afield, as well as a timely review of much recent literature which has appeared in this important field of research. However, since the climate system is highly complex, many missing parts of the puzzle remain and much further work needs to be done.”

Professor Overland, lead author of the paper The melting Arctic and mid-latitude weather patterns: Are they connected? added: “We are in the pre-consensus stage of a theory that links continued warming of the Arctic with some severe weather events.”

A way to advance research from a pre-consensus stage is to further investigate the meandering jet stream and the connection between the warmer Arctic and the negative phase of an index showing the dominant pattern of sea level air pressure in the Arctic.

“We are where other major theories such as plate tectonics and El Niño were before they were widely accepted,” said Professor Overland.

New studies on the changing Arctic together with additional Arctic observations will improve the ability to make forecasts for the mid-latitudes, helping millions of people better plan for the future and take steps to be more resilient in the face of extreme weather.

With almost 26,000 of the brightest students from around 120 countries, learning alongside over 1,200 of the best academics from across the globe, the University of Sheffield is one of the world’s leading universities.
A member of the UK’s prestigious Russell Group of leading research-led institutions, Sheffield offers world-class teaching and research excellence across a wide range of disciplines.
Unified by the power of discovery and understanding, staff and students at the university are committed to finding new ways to transform the world we live in.
In 2014 it was voted number one university in the UK for Student Satisfaction by Times Higher Education and in the last decade has won four Queen’s Anniversary Prizes in recognition of the outstanding contribution to the United Kingdom’s intellectual, economic, cultural and social life.
Sheffield has five Nobel Prize winners among former staff and students and its alumni go on to hold positions of great responsibility and influence all over the world, making significant contributions in their chosen fields.
Global research partners and clients include Boeing, Rolls-Royce, Unilever, AstraZeneca, Glaxo SmithKline, Siemens and Airbus, as well as many UK and overseas government agencies and charitable foundations.
For further information, please visit www.sheffield.ac.uk