New protein could hold the key to stopping Parkinson's

Tigar, a newly discovered protein in the world of Parkinson's, could be the key to stopping the degenerative disease according to research from the University of Sheffield.

Scientists from the Sheffield Institute of Translational Neuroscience (SITraN) and the MRC Centre for Developmental and Biomedical Genetics (CDBG), both University of Sheffield, found that by blocking the protein, nerve cells usually lost in the progression of Parkinson's could be saved – potentially halting the spread of the condition.

The ground breaking research, published in Annals of Neurology, was conducted by Dr Oliver Bandmann and his team who looked at the cell death of dopamine-producing nerve cells in zebrafish with a mutation in a gene called PINK1.

PINK1 is linked to a rare, inherited form of early-onset Parkinson’s in humans.

The team discovered that Tigar became overactive in the PINK1 zebrafish suggesting that it may be involved in causing the death of nerve cells, triggering the start of Parkinson’s.

By blocking the activity of Tigar, the researchers were able to save the dopamine-producing nerve cells. It is these precious cells which are also lost in people with Parkinson’s. So, if blocking Tigar activity has the same effect in people it could have the potential to stop the spread of Parkinson’s. 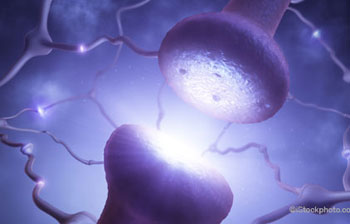 Lead researcher, Dr Oliver Bandmann, Reader in Neurology at SITraN, said: "These results suggest that we may have unearthed a promising new target for developing treatments that can actually protect dopamine-producing nerve cells lost in Parkinson’s.

"The first stage of our study was in tiny fish brains which are in many ways both very similar and very different to ours. As a result of these exciting findings we will now look at brain tissue from people with early-onset Parkinson’s as well as people with late-onset Parkinson’s, to see whether the Tigar protein is involved in all forms of the condition. We will also study Tigar in other model systems of Parkinson’s.

"If the next steps of our research go well, and we are right about Tigar, this could help us to develop treatments for people with Parkinson’s that might at least help to slow down the progression of the disease in its tracks – which would be a huge breakthrough."

One person every hour will be diagnosed with Parkinson’s in UK. The causes of Parkinson’s – a progressive condition which causes tremor, stiffness and loss of movement to develop – remain unknown.

Claire Bale, Research Communications Manager at Parkinson’s UK, adds: "This new research, holds real promise in helping to slow down, or even stop the spread of Parkinson’s. This could move our search for better treatments, which are desperately needed, another step forward. We await the results of Dr Bandmann’s research with much anticipation."

Parkinson's UK
Parkinson's UK is the UK's leading charity supporting those with the condition. Its mission is to find a cure and improve life for everyone affected by Parkinson's through cutting edge research, information, support and campaigning.
For advice, information and support, visit www.parkinsons.org.uk or call the free, confidential helpline on 0808 800 0303.

The University of Sheffield
With nearly 25,000 of the brightest students from 117 countries coming to learn alongside 1,209 of the world’s best academics, it is clear why the University of Sheffield is one of the UK’s leading universities. Staff and students at Sheffield are committed to helping discover and understand the causes of things - and propose solutions that have the power to transform the world we live in.
A member of the Russell Group, the University of Sheffield has a reputation for world-class teaching and research excellence across a wide range of disciplines. The University of Sheffield has been named University of the Year in the Times Higher Education Awards 2011 for its exceptional performance in research, teaching, access and business performance. In addition, the University has won four Queen’s Anniversary Prizes (1998, 2000, 2002, 2007), recognising the outstanding contribution by universities and colleges to the United Kingdom’s intellectual, economic, cultural and social life.
One of the markers of a leading university is the quality of its alumni and Sheffield boasts five Nobel Prize winners among former staff and students. Its alumni have gone on to hold positions of great responsibility and influence all over the world, making significant contributions in their chosen fields.
Research partners and clients include Boeing, Rolls-Royce, Unilever, Boots, AstraZeneca, GSK, Siemens, Yorkshire Water and many more household names, as well as UK and overseas government agencies and charitable foundations.
The University has well-established partnerships with a number of universities and major corporations, both in the UK and abroad. The White Rose University Consortium (White Rose) a strategic partnership between 3 of the UK's leading research universities of Leeds, Sheffield and York. Since its creation in 1997 White Rose has secured more than £100M into the Universities.