Scientists find no link between appetite and calorie intake

A new study has revealed there is no link between how hungry we feel and the amount of calories we consume. 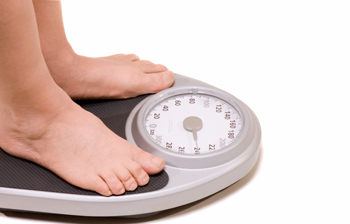 The findings highlight a problem with health claims made by the food industry and the way in which many products are advertised – especially those aimed at people trying to lose weight.

Researchers from the University’s Department of Oncology and Metabolism analysed 462 scientific studies and found appetite ratings failed to correspond with energy intake – the number of calories consumed – in the majority of studies.

Dr Bernard Corfe, from the Molecular Gastroenterology Research Group, who led the study said: “The food industry is littered with products which are marketed on the basis of their appetite-modifying properties. Whilst these claims may be true, they shouldn’t be extended to imply that energy intake will be reduced as a result.

“For example, you could eat a meal which claims to satisfy your appetite and keep you feeling full-up for a long period of time but nonetheless go on to consume a large amount of calories later on.”

Only six per cent of the studies tested a direct statistical comparison between energy intake and appetite, possibly suggesting that researchers had avoided reporting this finding. Of the six percent only around half could find a link, further emphasising how tenuous the relationship is.

The team now suggest that more research is needed to examine other factors governing actual food intake include sensorial environment, social factors, entrained behaviour relating to food timing, along with our innate physical regulation of intake.

“More research needs to be done into the other factors which do influence our calorie intake,” said Dr Corfe.
“This will be important to understand how obesity occurs, how to prevent it, and how we need to work in partnership with the food industry to develop improved tests for foods that are genuinely and effectively able to satisfy appetite.”

The study is featured in Food and Science Nutrition, to view the full paper please visit: No link between appetite and calorie intake