Keep calm and carry on cooking: Norman Conquest of 1066 did little to change people’s eating habits 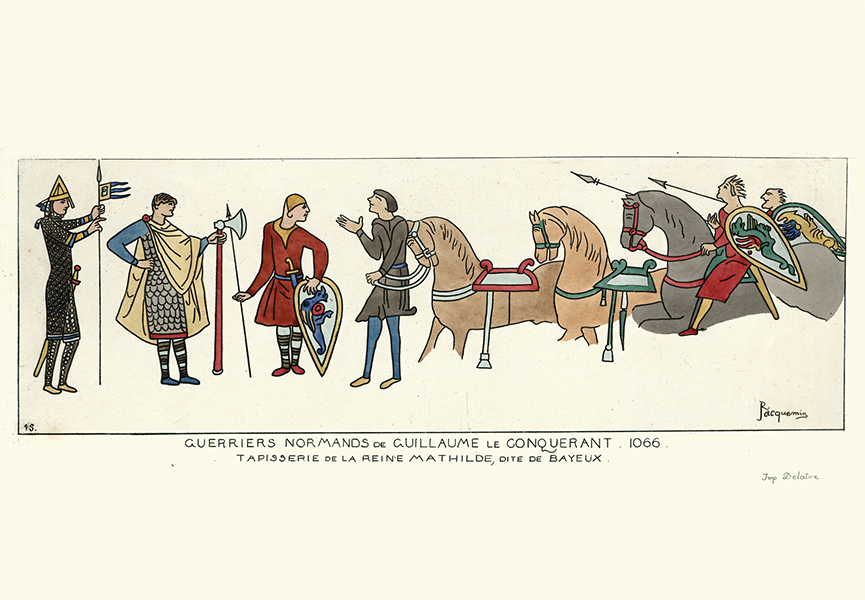 Archaeologists from the University of Sheffield and Cardiff University have combined the latest scientific methods to offer new insights into life during the Norman Conquest of England.

Until now, the story of the Conquest has primarily been told from evidence of the elite classes of the time. But little has been known about how it affected everyday people’s lives.

The research team, which also included academics from the University of Bristol, used a range of bioarchaeological techniques to compare human and animal bones recovered from sites across Oxford, along with ceramics used for cooking. Their results suggest only short-term fluctuations in food supplies following the Conquest which didn’t adversely affect the population’s overall health.

There is evidence the Norman invasion led to more controlled and standardised mass agricultural practices. Pork became a more popular choice and dairy products were used less. But on the whole, a diet dominated by vegetables, cereals, beef and mutton remained largely unchanged.

Dr Elizabeth Craig-Atkins from the University of Sheffield’s Department of Archaeology said: “Examining archaeological evidence of the diet and health of ordinary people who lived during this time gives us a detailed picture of their everyday experiences and lifestyles. Despite the huge political and economic changes that were happening, our analysis suggests the Conquest may have only had a limited impact on most people’s diet and health.

“There is certainly evidence that people experienced periods where food was scarce. But following this, an intensification in farming meant people generally had a more steady food supply and consistent diet. Aside from pork becoming a more popular food choice, eating habits and cooking methods remained unchanged to a large extent.”

Researchers used a technique called stable isotope analysis on bones to compare 36 humans found in various locations around Oxford, including Oxford Castle, who had lived between the 10th and 13th centuries. Signals from food we consume are archived as chemical tracers in our bones, allowing scientists to investigate the quality and variety of a person’s diet long after they have died.

The team found that there wasn’t a huge difference between the health of the individuals, who were alive at different points before and after the Conquest. Levels of protein and carbohydrate consumption were similar in the group and evidence of bone conditions related to poor diet – such as rickets and scurvy – were rare. However, high resolution analysis of teeth showed evidence of short-term changes in health and diet in early life during this transitional phase.

Isotope analysis was also used on 60 animals found at the same sites, to ascertain how they were raised. Studies of pig bones found their diets became more consistent and richer in animal protein after the Conquest, suggesting pig farming was intensified under Norman rule. They were likely living in the town and being fed scraps instead of natural vegetable fodder.

Fragments of pottery were examined using organic residue analysis. When food is cooked in ceramic pots, fats are absorbed into the vessel, allowing researchers to extract them. Analysis showed that pots were used to cook vegetables like cabbage as well as meat such as lamb, mutton or goat across the conquest. Researchers say the use of dairy fats reduced after the Conquest and that pork or chicken became more popular.

Dr Richard Madgwick, based in Cardiff University’s School of History, Archaeology and Religion, said: “To our knowledge, this is the very first time globally that human osteology, organic residues analysis and isotope analysis of incremental dentine and bone have been combined in a single study.

“It is only with this innovative and diverse suite of methods that we have been able to tell the story of how the Conquest affected diet and health in the non-elite, a somewhat marginalised group until now.”

The dietary impact of the Norman Conquest: A multiproxy archaeological investigation of Oxford, UK, is published in the journal PLOS One and will be available to view here.

Archaeology at the University of Sheffield