Plans to create a northern powerhouse are vital if Britain is to reboot its manufacturing sector, rebalance the economy and put aspiration and opportunity in reach of all, according to the Vice-Chancellor of the University of Sheffield. 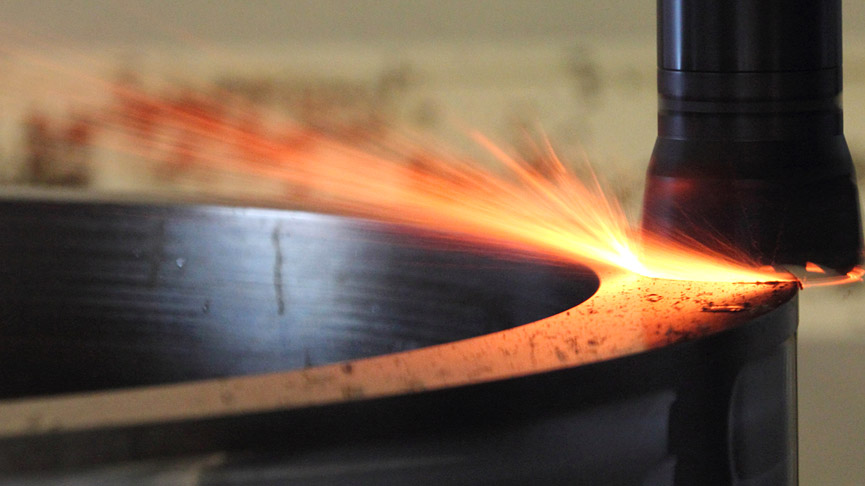 What's the point of the northern powerhouse?

It is easy to see the northern powerhouse as a means to test the patience of the Labour councilors in the north. Is George Osborne just kidding them into thinking he can do something about our blighted post-industrial landscape?

Osborne says he wants to see a new wave of manufacturing capability. The UK has, for far too long, relied primarily on services and finances. But we need the northern powerhouse, and a reboot of our manufacturing sector, not just to rebalance the economy but also to ensure that aspiration and opportunity reach everyone.

It is an unlikely pledge, an industrial strategy by another name. But if Cameron is 'heir to Blair', then Osborne is a self-confessed 'son of Heseltine', the Tory grandee who knew that regions as well as London must be strong. The Chancellor also knows that, however much he may rely on market forces, only government can open the opportunities that will allow this nation to renew its skills base at the scale we need.

How can the northern powerhouse work?

First, it can work because the north is not simply councils and companies but home to a combination of science, engineering and research facilities in universities that can match anything in the south. The nation has invested in crucial parts of research and innovation in our northern universities, and they are ready to serve as the brains of this new industrial revolution.

Second, it can work because Osborne wants to invest in skills. In the north there are droves of young people desperate to train as apprentices, and a tradition of skilled craftsmanship going back hundreds of years.

These are no second-rate options. In the north there is a keen sense that, from advanced metals to big data, from graphene to composites for aerospace engineering, young people who immerse themselves in world-leading advanced manufacturing apprenticeships with progressive companies will not just have secure jobs, they will help shape our future.

This is why when the Chancellor signed one of his northern devolution deals it mattered that he did so where he did. On the Orgreave site where Arthur Scargill led his members from the National Union of Mineworkers as police clashed with them, Labour leaders signed a deal with a Conservative chancellor, having already seen that a transformation in the north’s fortunes was possible.

The Chancellor's host at the devolution event was Professor Keith Ridgway. In a little over a decade he has transformed this site of industrial decline into the foremost manufacturing innovation centre in the UK and, arguably, the world. Partnering with Boeing, BAE Systems, Rolls-Royce and a hundred supply chain companies, what began as a collaborative centre of research into metals and machining is now a major manufacturing research park of the University of Sheffield.

And, alongside it all, there is a top-quality apprentice training centre in which 600 young people are sponsored by companies to get the best manufacturing and engineering education in the world, their academic achievements fully integrated with company success. This is the part that we need to rebalance our society.

So what happened when Osborne met Ridgway, when a chancellor met a working-class Mancunian who became a professor of engineering? It was a case of power meets purpose. The Treasury met a man whom the CEOs of great companies – from Korea to the US – and national labs have come to see as a one-man powerhouse, determined to create change.

People often want to think purpose in the world comes about as a result of social forces. They think the solution is found in policies and five-year plans. Many people are implicit Marxists.

I am not. I have seen the power of people, the unparalleled effectiveness of someone who sees a problem and cares enough to drive through change. Someone bloody minded enough to believe that a slagheap can become an innovation district, and then make it happen.

Politicians can argue about whether or not these are Labour or Tory values. I like to think they are as near to British values as we can get.