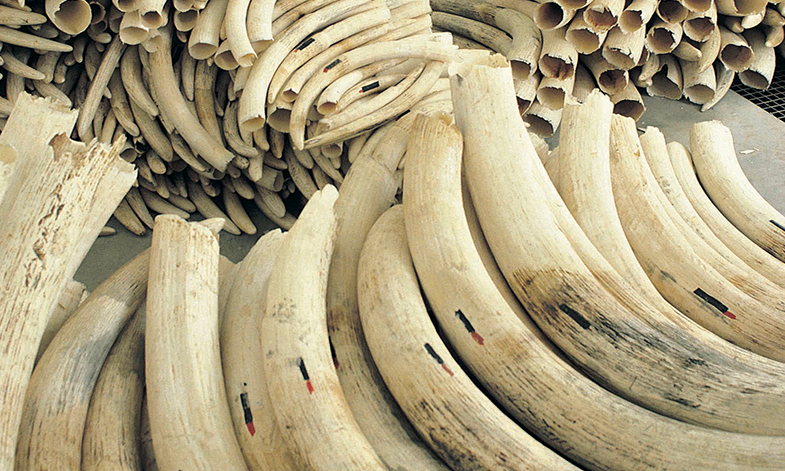 Scientists have found that at least one in five land-based species is bought and sold on the world market, in new research which has quantified the extent of the global wildlife trade for the first time.

The research, led by Professor David Edwards at the University of Sheffield and Dr Brett Scheffers at the University of Florida/IFAS, found that 5,579 vertebrate species have been reported as traded. The study is the first to highlight the substantial risk to other species, predicting that up to 3,196 additional species are at risk of going extinct due to trade.

By analysing data on more than 30,000 land-dwelling species of mammals, birds, reptiles and amphibians, the researchers determined the proportion of globally traded animals.

The research also determined hotspots of where traded species occur, in particular identifying regions within the Andes and Amazon, sub-saharan Africa, South East Asia and Australia.

The wildlife trade is the number one cause of species extinction, tied only with land development, and includes animals traded as pets or for animal products such as horns, feathers or meat.

Professor David Edwards, from the University of Sheffield’s Department of Animal and Plant Sciences, said: “Global wildlife trade is a billion dollar industry and our study highlights that there is a hyperdiversity of species entering the trade.

“We predict thousands more species could be at risk of trade in the future. In combination with those species already known to be traded, this represents a major extinction threat to several thousand species of birds, mammals, amphibians and reptiles.

“Without urgent focus on how to stem both the supply and demand for wild-caught species, there is a real danger that we will lose many traded species.”

The study also focused on the desirable traits of species likely to be traded. Physical traits are determined by evolution and tend to show up in clusters of related species. Desirable traits are also concentrated in particular areas of the evolutionary tree of life.

Dr Brett Scheffers, Assistant Professor at the University of Florida, said: “Animals are valuable on the market because they have something special, for example brightly coloured birds are in demand, as are animals that are a source of ivory.

“If one species is traded, the chances are its evolutionary cousins are also traded. Once we discovered that pattern, we could develop a new model that would predict which species are likely to be traded in the future, even if they are not traded now.

“Once one traded species is exhausted, species with similar traits will become the target of trade. If we run out of one species of bright yellow bird, we move on to the next one most similar to it.”

The findings have the potential to reshape the current approach to wildlife conservation and determine how seriously trade is affecting species’ risk of extinction which is currently hard to quantify.

The research could also help help platforms like Ebay and Facebook screen transactions for at-risk species, as well as customs and import staff.

The paper, ‘Global wildlife trade across the tree of life’, is published in Science.