• Study by psychologists suggests that we’re motivated to ignore our goals over the festive period
• People intentionally bury their head in the sand and avoid information that can help them to monitor their progress
• Ignorance is bliss and few people watch their weight, monitor household energy consumption or check bank balances

It’s the festive season, time for eating, drinking and being merry, and any thoughts of reaching goals like losing weight or keeping on top of finances go out of the window.

And now a team of psychologists at the University of Sheffield have carried out new research which suggests that burying our head in the sand instead of trying to meet our targets this month is completely understandable - in fact we are motivated to do so. 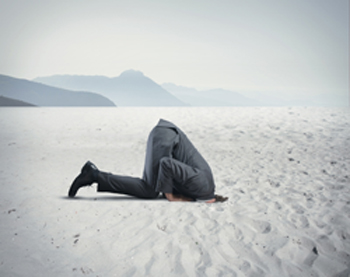 Dr Thomas Webb, from the University’s Department of Psychology, is the lead researcher on a project looking at the effect that monitoring progress can have when striving to achieve a goal. His research suggests that despite evidence that monitoring can help people to reach their targets, like regularly stepping on the scales when trying to drop a few pounds, there are times when individuals intentionally avoid such information.

“There will be plenty of us over the Christmas period who will not check our bank balance or look at the calories on the back of the box of mince pies despite us wanting to be in control of our money or lose weight,” said Dr Webb.

“The project proposes that there is an ‘ostrich problem’ such that people bury their heads in the sand.”

Although there may be practical reasons why people do not monitor their progress (for example, sometimes we can find the information too difficult to interpret, such as complicated nutrition labels or cryptic energy bills), Dr Webb says that research into the ostrich problem suggests that there are also motivated reasons for avoiding information as well.

“The ostrich problem is the idea that there are times when people would rather not know how they’re doing,” he said. “Avoiding monitoring may allow people to escape from negative feelings associated with an accurate appraisal of progress. For example, people might not want to know how much money they have spent or what their partner thinks of their social skills. We call this motivated inattention.”

Dr Webb said that promoting lasting changes in people’s behaviour was one of the most significant challenges facing science and society. His four-year project - which ends in 2015 and has been funded by the European Research Council (ERC) - seeks to understand why people avoid monitoring their goal progress and, by so doing, find ways to promote monitoring and help people to achieve their goals.

A link to a paper describing The Ostrich Problem can be viewed online via http://onlinelibrary.wiley.com/doi/10.1111/spc3.12071/pdf