A partnership of organisations throughout Yorkshire and the Humber are celebrating their contribution to the Government’s new Green Deal energy programme, set to be announced officially in October 2012. 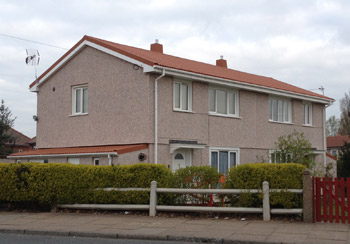 Richard Mellish, Head of the Green Deal Programme at the Department of Energy and Climate Change (DECC) is set to address the BIG Energy Upgrade Green Deal Value Chain event at The University of Sheffield on Tuesday 18 September 2012, which will celebrate the contribution of the BIG Energy Upgrade to the national Green Deal and look at future implications for homes and businesses across the Yorkshire and Humber region.

Mellish will join policy makers, representatives from local authorities, green deal providers, academics from the University of Sheffield and a panel of the UK’s biggest energy providers: E-On, N-Power, Scottish Power, British Gas, EDF and Scottish and Southern, to discuss how to maximise the benefits that the Green Deal could provide to the region. BIG Energy Upgrade: Procurement and supply chain report – Green Deal and Energy Efficiency Retrofitting Supply Chains Delivery, will be launched at the Green Deal Value Chain event. Innovative supply chain structures to support the delivery and roll out of the Green Deal will be presented.

Piloted in the Yorkshire and Humber area, the BIG Energy Upgrade Programme, was the forerunner of the Government’s new national Green Deal scheme. Launched in September 2011 by the Secretary of State for Energy and Climate Change, the BIG Energy Upgrade is a unique regional consortium of six Local Authorities, Social Housing Providers, Yorkshire Energy Services, the University of Sheffield and Kirklees Council’s Investment and Regeneration Service as the lead accountable body.

The innovative project, which installed low carbon measures in homes of some of the most deprived areas in Yorkshire and Humber totals £14.7m of which £7m is funded by the Yorkshire and Humber European Regional Development Fund Programme 2007 -2013, one of the funds established by the European Commission to help local areas stimulate their economic development by investing in projects which support local businesses and create jobs. The ERDF Programme is managed by the Department for Communities and Local Government (DCLG). To date the BIG Energy Upgrade has installed over 829 measures into homes across the region to cut their energy costs.

The Green Deal is an initiative which intends to reduce carbon emissions cost effectively by revolutionising the energy efficiency of British properties, including eliminating the need to pay upfront for energy efficiency measures, instead covering the cost of measures via savings on the electricity bill. The Energy Company Obligation will also integrate the Green Deal, allowing supplier subsidy and Green Deal Finance to come together into one benefit for the consumer.

The University of Sheffield is working alongside all project partners to ensure the long term success and evaluation of the project. Professor Lenny Koh, from the University of Sheffield’s Management School is leading an interdisciplinary team of academics and is actively supporting the long term economic development of the communities targeted by the project as they are working closely with regional businesses and local authorities in developing the regional supply chain for energy efficient measures and so stimulating the job market. An extensive monitoring programme on households and communities has been put in place and experts from the School of Architecture collecting data on the internal temperature, relative humidity, air quality, as well as air tightness and noise levels from houses.

Professor Keith Burnett, Vice-Chancellor of the University of Sheffield, said: “Our role in the BIG Energy Upgrade drives innovation in the energy efficiency supply chain, which directly feeds into the government’s flagship Green Deal agenda. We’re also helping to alleviate fuel poverty in the areas of the Yorkshire and Humber region most in need, through our research in building and technology, energy and behaviour, stakeholders and the supply chain. This is a fantastic example of how we work together in partnership with the region for a common purpose – to build a legacy towards a sustainable future.”

Jacqui Gedman Director of Place at Kirklees Council said: “We are delighted to be part of the BIG Energy Upgrade Programme as it builds on our award winning Warm Zone scheme, which insulated just over 51 ,000 homes across Kirklees. Both programmes continue to deliver significant environmental, economic and health benefits to our local communities which is a key priority for us. Our green economy currently supports around 4000 jobs; we want to build on this success through further housing retrofit programmes via the Green Deal and Energy Company Obligation which will also help our residents pay their ever increasing fuel bills”

Cllr Jack Scott, Cabinet Member for Environment, Waste and Streetscene at Sheffield City Council said: "The Green Deal is a major priority for Sheffield. We have a large housing stock that can be retrofitted and will benefit from the Green Deal. This will help to generate new jobs, develop new skills and stimulate the supply chain and economy for our city.

"We are working closely with The University of Sheffield to use the very latest research and techniques in this project. This will help us make sure that as many people as possible benefit.”‬

European Union funding
The BIG Energy Upgrade project is part financed by the European Regional Development Fund Programme 2007 to 2013. The Department for Communities and Local Government is the managing authority for the European Regional Development Fund Programme, which is one of the funds established by the European Commission to help local areas stimulate their economic development by investing in projects which will support local businesses and create jobs. For more information visit:
www.communities.gov.uk/erdf