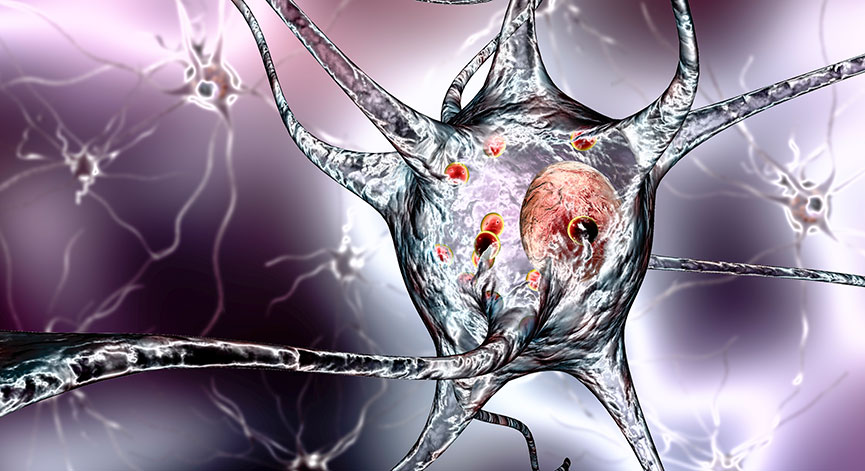 Scientists from the University of Sheffield have found that switching or boosting the energy source of matured cells in Parkinson's disease patients, could pave the way for new treatments.

As human cells mature, they seek energy from mitochondria - the cells’ batteries - which are known to be defective in people with Parkinson’s disease. The new research, funded by Parkinson's UK, has found that directing cells to get energy from other sources, or boosting mitochondria function, could help to prevent or delay effects of the neurodegenerative disease.

The findings, published today (Wednesday 23 September 2020) in Scientific Reports, have given scientists a better understanding of mitochondrial function and further research will now look to identify ways to divert the cell's energy pathway to mitigate the effect of the parkin mutation which is present in people with Parkinson’s.

Dr Heather Mortiboys, Senior Lecturer at the University of Sheffield’s Institute of Translational Neuroscience (SITraN) and Senior Research Fellow for Parkinson's UK, explains: “Mitochondria are the cell batteries and are known to be defective in Parkinson's. Our study has found, for the first time, that mitochondrial defects are only revealed when neurons mature and are reliant on their mitochondria to power them.

“This has implications for how easily different pathways can generate the energy the cell needs, and importantly the recycling of defective mitochondria.”

In this study scientists used cells taken from Parkinson’s patients with a mutation in the parkin gene to generate the type of brain cells affected in the disease - the dopaminergic neuron. The research found that a switch as the neurons mature shifts the energy status of the cell towards mitochondria which means that parkin mutant cells then struggle to maintain energy levels.

Mitochondria are the cell batteries and are known to be defective in Parkinson's. Our study has found, for the first time, that mitochondrial defects are only revealed when neurons mature and are reliant on their mitochondria to power them

This research could pave the way for new Parkinson’s treatments in the future as it has shown several alterations to mitochondrial function in patient derived neurons are possible.

The study provides evidence that small molecules already in clinical trials for other conditions may be beneficial in Parkinson's research. Researchers have shown that compounds targeted at mitochondrial diseases are effective at restoring the oxidative balance of the neurons without restoring full mitochondrial function.

Future research will test compounds affecting several steps of the mitochondrial pathways identified here in these and other patient derived cells.

“This study adds a new layer to our understanding of what goes wrong inside brain cells in Parkinson’s and could lay the foundations for developing new treatments.

"We’re working with Dr Mortiboys through our pioneering Virtual Biotech programme to create new treatments targeting mitochondria which could slow or stop Parkinson’s - something no currently known treatment can do.”