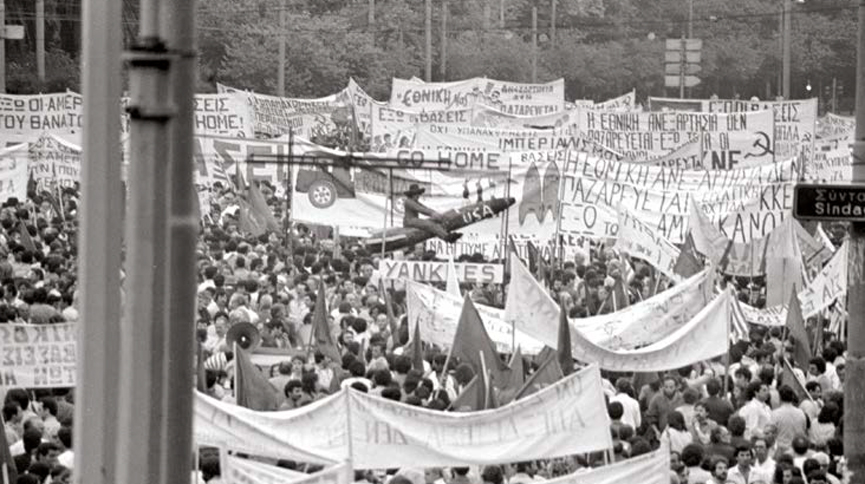 An exhibition which shines new light on peace protests that swept across Southern Europe in response to the nuclear arms race of the late 1970s and 1980s has been launched by a historian from the University of Sheffield.

The exhibition, curated by Dr Eirini Karamouzi from the University’s Department of History, provides a new and comparative perspective on the anti-nuclear and anti-militarist peace protests that were held throughout the continent, particularly in Greece, Italy and Spain.

Launched at the Hellenic Parliament Foundation by the President of the Greek Parliament, Nikolaos Voutsis, the exhibition and accompanying catalogue showcases the strong relationship between governments, nuclear strategies and peace movement mobilisation.

Developed in collaboration with Dr Giulia Quaggio – a Max Batley Peace Studies Postdoctoral Fellow at the University of Sheffield – the exhibition also aims to be a reminder of the existential threat that nuclear weapons still pose to humanity and the value of harnessing the power of the people. 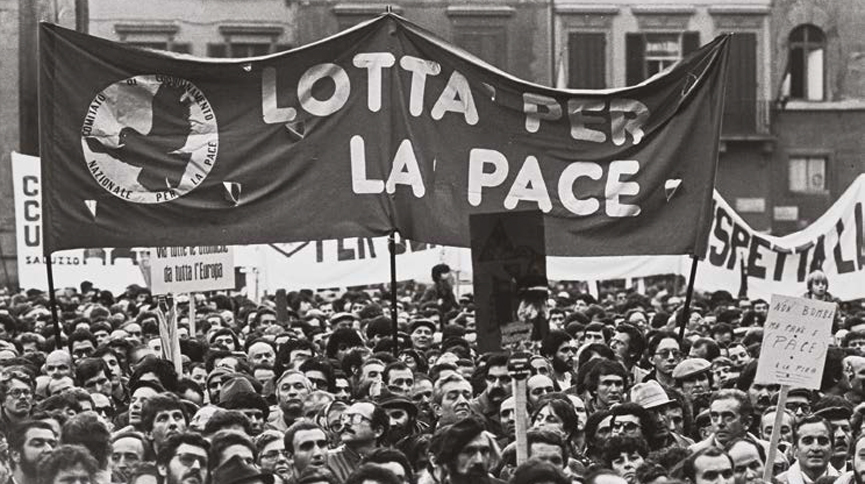 Dr Karamouzi, who has conducted extensive research on the history of the Cold War and leads a Max Batley funded research project on peace movements in Southern Europe, said: “The widespread peace protests against the nuclear arms race were a watershed moment in the recent political history of Western Europe. The protests activated civil society, renegotiated the parameters of political participation and redefined people’s understanding of national and international security. 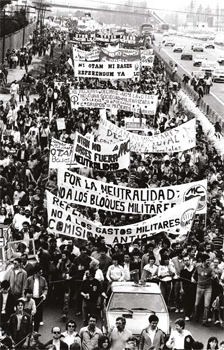 “People in Greece, Italy and Spain played a crucial, but lesser-known role in the protests and the European societal response to the nuclear arms race. Italy had been selected for the deployment of nuclear missiles and was thus a key battleground of conflicts over NATO’s Dual Track Solution. Greece and Spain were not directly involved in the nuclear conflict but both experienced intense protests against the presence of US military bases and against NATO membership more generally.

“The exhibition gives people a chance to explore this complex but important part of European history and they can see how citizens across the continent mobilised and campaigned for peace.”

Aside from the exhibition, Dr Karamouzi is also using her research to launch a series of educational programmes that people can use to explore the history of peace movements in Southern Europe between 1975 and 1990. The programme is being designed to address students of 9th to 12th grade, with more than 3000 students expecting to take part.

The educational programmes can be used by teachers as part of their lesson plans but also by those who have anything from a passing to a more serious interest in European history, Southern Europe and the history of protest.

Researchers involved in the project are also producing a bilingual catalogue to retell the stories of protest that are featured in the exhibition in both English and Greek.

For more information on the project, including the research led by Dr Karamouzi on the history of the Cold War and peace mobilisation, visit: http://www.coldwarcultures.group.shef.ac.uk/projects/protest-as-democratic-practice/