A team of international researchers has uncovered a mechanism by which plants are able to better defend themselves against disease-causing pathogens.

The work, led by Dr Jurriaan Ton and Dr Estrella Luna at the University of Sheffield, has identified the key receptor binding a chemical called BABA (β-aminobutyric acid) which is boosting plant immunity.

BABA has long been known for its protective effects against devastating plant diseases, such as potato blight, but has so far not been used widely in crop protection because of undesirable side effects. 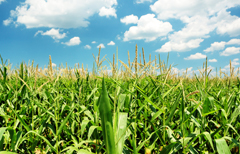 "We have found that the plant receptor binding BABA is an 'aspartyl tRNA synthetase' which we have called IBI1. This class of enzymes play a vital role in primary metabolism of all cells, but had never been linked to immune responses in plants,” Dr Luna said.

“Binding of the chemical to this protein triggers a secondary function that 'primes' the plant immune system against future attacks by pests and diseases.

Dr Ton added: “Plant immunity that is controlled by a single resistance gene, on which most conventional breeding programs are based, is comparably easy to overcome by a pathogen.

Dr Oliver Berkowitz, a Research Associate in the ARC Centre for Excellence in Plant Energy Biology and the School of Plant Biology at the University of Western Australia was also involved in the research.

"Importantly, our study also revealed that the undesirable side effect of this vaccination, a reduction in growth, can be uncoupled from the beneficial immune reaction," Dr Berkowitz said.

Although their research has been performed in a weed called 'Arabidopsis thaliana', the work horse of plant geneticists, the team is confident that their discovery can be used for the protection of crops from their enemies. Proof-of-concept experiments have already shown that BABA is detected in a similar manner by tomato plants.

The research, which has been published in the international journal Nature Chemical Biology, also involved scientists from the University Jaume I in Spain and Utrecht University in The Netherlands.