Putting 'Adam' in his rightful place in evolutionary history

Our most common male ancestor walked the earth 209,000 years ago – earlier than scientists commonly thought - according to new research from the University of Sheffield.

In the new research, published in the European Journal of Human Genetics, Dr Elhaik and Dr Graur used conventional biological models to date our most common male ancestor 'Adam' in his rightful place in evolutionary history.

The ground breaking results showed that this is 9,000 years earlier than scientists originally believed. 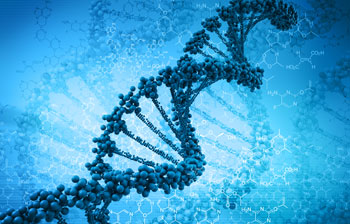 Their findings put 'Adam' within the time frame of his other half 'Eve', the genetic maternal ancestor of mankind. This contradicts a recent study1 which had claimed the human Y chromosome originated in a different species through interbreeding which dates 'Adam' to be twice as old.

Debunking unscientific theories is not new to Dr Elhaik. Earlier this year he debunked Hammer’s previous work on the unity of the Jewish genome and together with Dr Graur they refuted the proclamations made by the ENCODE project on junk DNA.

"We can say with some certainty that modern humans emerged in Africa a little over 200,000 years ago," said Dr Elhaik.

"It is obvious that modern humans did not interbreed with hominins living over 500,000 years ago. It is also clear that there was no single 'Adam' and 'Eve' but rather groups of 'Adams and 'Eves' living side by side and wandering together in our world."

Dr Elhaik added: "We have shown that the University of Arizona study lacks any scientific merit.
"In fact, their hypothesis creates a sort of 'space-time paradox 'whereby the most ancient individual belonging to Homo sapiens species has not yet been born. If we take the numerical results from previous studies seriously we can conclude that the past may be altered by the mother of 'Adam' deciding not to conceive him in the future, thus, bringing a retroactive end to our species.

"Think of the movie Back to the Future, when Marty was worried that his parents would not meet and as a result he wouldn’t be born - it’s the same idea.

"The question to what extend did our humans forbearers interbreed with their closest relatives is one of the hottest questions in anthropology that remains open."

The University of Sheffield
With nearly 25,000 of the brightest students from 117 countries coming to learn alongside 1,209 of the world’s best academics, it is clear why the University of Sheffield is one of the UK’s leading universities. Staff and students at Sheffield are committed to helping discover and understand the causes of things - and propose solutions that have the power to transform the world we live in.
A member of the Russell Group, the University of Sheffield has a reputation for world-class teaching and research excellence across a wide range of disciplines. The University of Sheffield has been named University of the Year in the Times Higher Education Awards 2011 for its exceptional performance in research, teaching, access and business performance. In addition, the University has won four Queen’s Anniversary Prizes (1998, 2000, 2002, 2007), recognising the outstanding contribution by universities and colleges to the United Kingdom’s intellectual, economic, cultural and social life.
One of the markers of a leading university is the quality of its alumni and Sheffield boasts five Nobel Prize winners among former staff and students. Its alumni have gone on to hold positions of great responsibility and influence all over the world, making significant contributions in their chosen fields.
Research partners and clients include Boeing, Rolls-Royce, Unilever, Boots, AstraZeneca, GSK, Siemens, Yorkshire Water and many more household names, as well as UK and overseas government agencies and charitable foundations.
The University has well-established partnerships with a number of universities and major corporations, both in the UK and abroad. The White Rose University Consortium (White Rose) a strategic partnership between three of the UK's leading research universities of Leeds, Sheffield and York. Since its creation in 1997 White Rose has secured more than £100M into the Universities.