The way rats use their whiskers is more similar to how humans use their hands and fingers than previously thought, new research from the University of Sheffield has found. 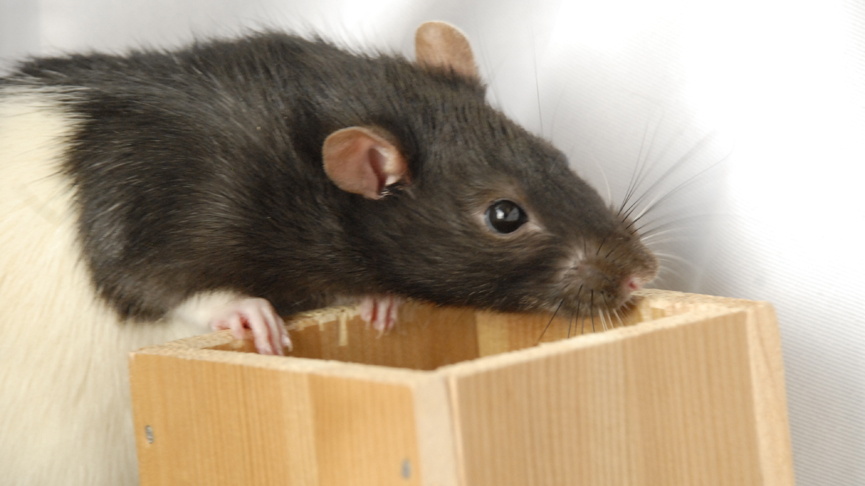 Rats deliberately change how they sense their environment using their facial whiskers depending on whether the environment is novel, if there is a risk of collision and whether or not they can see where they are going.

Exploring rats move their long facial whiskers back and forth continuously while they are moving – a behaviour called “whisking”.

Scientists have known for a long time that movement of the whiskers provides these animals with a sense of touch that allows them to move around easily in the dark.

However, until now they did not know to what extent animals were able to deliberately control their whisker movement.

Academics from the Active Touch Laboratory in the University’s Department of Psychology used high-speed videography to study animals that had been trained over several days to run circuits for food.

By putting them in different scenarios – including putting unexpected obstacles in their way and removing visual cues – the team discovered strong evidence the creatures moved their whiskers in a purposeful way to safely navigate the course.

The study found that as animals got used to their environment, they moved quicker and altered their facial whisker movements – switching from broad exploratory whisker sweeps directed at nearby surfaces, such as the floor, to pushing their whisker forwards in order to detect obstacles and avoid collisions.

In environments where they were more likely to collide with objects, and without access to visual cues, animals moved more slowly but pushed their whiskers forward further. This suggests that they were aware on the increased risk of collisions and were acting more cautiously accordingly.

Professor Tony Prescott, Professor of Cognitive Neuroscience at the University of Sheffield, said: “A person moving around in the dark would likely use their hand and fingers to detect objects and obstacles in order to avoid banging into things. In a familiar environment, such as their own home, they might move faster pushing their hands out in front of them in case of unexpected collisions.

“This new research show that rats do much the same thing but using their facial whiskers. That is, they purposefully use their whisker to detect nearby objects and surfaces when moving slowly in unfamiliar environments, and push them out in front of themselves, to avoid collisions, when the environment is familiar and they want to move more quickly.

“All mammals except humans use facial whiskers as touch sensors. In humans we seem to have replaced this sense, in part, by being able to use our hand and fingers to feel our way.

“The rat puts its whiskers where it thinks it will get the most useful information, just as we do with our fingertips."