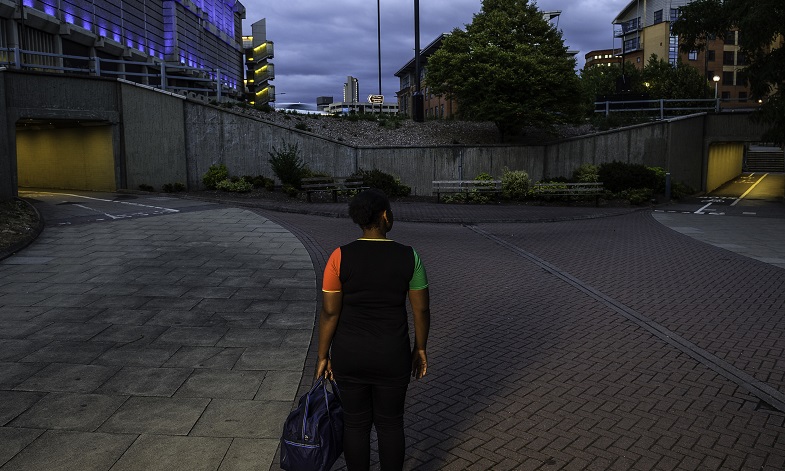 Faith-based charities working with survivors of modern slavery should adopt a standard on freedom of belief, religion and thought, a new report has recommended.

A three-year research project led by the University of Sheffield looking at Christian charities found that several anti-modern slavery organisations could identify instances where clients felt they had been encouraged by other charities to attend church, read Christian materials or pray.

However, the experts found the overall picture was that religion is not promoted by faith-based organisations offering services to suspected 'victims of modern slavery' and these anecdotes were typically associated with the same few organisations.

Some religious charities were found to have very strong positions on non-proselytisation, but the report recommends all organisations – faith-based and secular – openly state that promoting religion should not be part of a support environment for people exiting exploitation.

The academics argue that by signing up to the Human Trafficking Foundation’s Trafficking and Modern Slavery Survivor Care Standard on ‘Freedom of Belief, Religion and Thought’, charities could ensure clients are never subjected to undue influencing. They also expect the move would help to build trusting relationships in the sector and set an example to well-meaning individuals or groups new to the cause who have less clear understandings about the complexities of survivor care.

Dr Hannah Lewis, Senior Research Fellow at University of Sheffield and the project’s Principal Investigator, said: “We found little evidence that faith-based organisations are promoting religion to survivors of modern slavery. However, the fear of evangelising damages trust and partnership work in the anti-modern slavery sector. Publicly adopting and implementing the Human Trafficking Foundation’s Trafficking and Modern Slavery Survivor Care Standard on ‘Freedom of Belief, Religion and Thought’ would provide widespread reassurance to partners, service users and donors.”

Dame Sara Thornton, Independent Anti-Slavery Commissioner, said: “This report highlights the significant and valuable contribution of faith-based organisations to tackling modern slavery. Organisations not only provide services to victims, but also campaign, lobby and influence the public debate. I think the report goes a long way to reassure that in most instances, religion is not being promoted to the people being supported as victims and that many support organisations have very strong positions on non-proselytisation.”

Kate Roberts, UK Programme Manager at Anti-Slavery International, said: “The report’s key message, that all services provided to survivors of trafficking must be trauma informed, focused on survivors’ needs and delivered according to professional standards, with a clear code of conduct, is vital. When we ask survivors to engage with a support service we need to be able to explain what they can expect. Clear and transparent standards and an independent inspection regime is vital for this and have been welcomed by organisations working to support survivors.

“Organisations who work with survivors of modern slavery were crucial to the development of the Slavery and Trafficking Survivor Care Standards 2018, with 32 organisations working collaboratively to develop best practice. The standard on freedom of thought, religion and belief is key to the principle of person-centred and trauma-informed care. It provides clear and sensible guidance to organisations to inform their practice and build trust with survivors who use their services.”

Minh Dang, Executive Director of Survivor Alliance, said: “Faith communities and organisations are historically key actors in social justice movements. It is important to understand their role in anti-modern slavery efforts to ensure they are linked up with other change-making efforts, and equipped to harness the unique role that faith-based organisations can play in community development. Often, statutory agencies do not attend to survivors' community and spiritual needs. Faith-based organisations can step in to fill these gaps.”

Right Revd Dr Alastair Redfern, Chair of The Clewer Initiative and Co-Founder of the Global Sustainability Network, said: “The report on faith responses to modern slavery provides a much-needed overview and assessment of current practices and possible potential if the right synergies and collaborations can be developed. It is a timely, impressive and extremely valuable piece of work.”

Clare Gollop, Former Programme Director of the National Police Chiefs Council’s Modern Slavery portfolio, said: “Faith-based organisations are often well positioned to accompany people on their recovery journey for far longer than many statutory services. They can be influential in brokering connections that assist survivors to both identify routes out of slavery and to shape their new lives beyond exploitation.

“This research informs our understanding of these critically important roles, but also articulates some of the systemic challenges that survivors are routinely accessing support from faith-based organisations to overcome. The report offers a valuable framework for all involved in the anti-slavery sector – not only faith-based organisations – to review our approach so that the needs defined by victims and survivors truly are being put first.”