Research by the University of Sheffield has revealed more than three quarters of people are dissatisfied with political parties and has identified the seven main qualities people want to see in parties today. 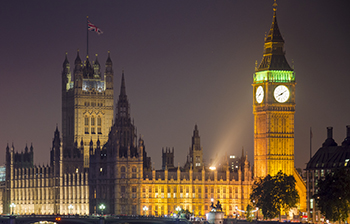 Gathering data through a survey administered by YouGov and three public workshops, research led by Dr Kate Dommett and Dr Luke Temple asked people about their attitudes towards parties, including how people believe parties are behaving now and how they would like to see parties work.

The top words used to describe political parties by workshop participants included ‘unrepresentative’, ‘undemocratic’, ‘self-interested’ and ‘divided’. Seventy-seven per cent of those surveyed said they were fairly or very dissatisfied with parties.

The report – What People Want to See in Parties Today – can be used by political parties to make changes to bring their party more in line with public desires, promote the ways they already do these things, or challenge people’s ideas and offer an alternative set of benchmarks against which they feel they should be being judged.

The study found that people want:

Dr Kate Dommett, from the University of Sheffield's Department of Politics, said: “As widely disliked organisations seen to be essential to contemporary democracy, parties are often under pressure to reform.

“But whilst some parties have been quick to roll out new initiatives or try new ideas, there has been less attention devoted to what it is that people actually want from parties, and where they would like to see reform.

“This report has shown that there isn’t a single or simple solution, but that parties can usefully think about seven principles that the public wish parties display when they consider how to respond.

“By thinking about these principles we argue that parties can review their current processes to decide whether there is a case for reform, a need for improved communication, or a shift in the focus of existing debate.”

The report considered what people think about how parties provide opportunities to participate, with 59 per cent of people saying there should be more opportunities for people to get involved in political parties.

However, in both the survey and workshops, researchers found considerable evidence that people did not see engagement to be worth the time and effort as they felt they had little impact on what parties did.

This report has shown that there isn’t a single or simple solution, but that parties can usefully think about seven principles that the public wish parties display.

The study also explored what people thought about parties’ governing performance – asking them how they felt parties delivered their promises, delivered good policy outcomes, managed the day-to-day running of government and managed crises.

Dr Luke Temple, from the University of Sheffield’s Department of Geography, said: “There was a perception that parties mislead the electorate and, once in office, could not be trusted to deliver their promises.

“They were also seen to suffer minimal consequences because, by the time of the next election most people have forgotten and therefore didn’t vote them out.

“From this perspective, people desired parties that were trustworthy, reliable and stick to their promises; feeling that these were essential characteristics given people’s inability to hold parties to account between elections.”

He added: “When parties did change position, people also wanted them to explain why they had changed, offering accounts of why a promise could not be delivered and what would be done instead.

A series of blog posts by politicians and think tanks responding to the report, produced in collaboration with Involve, will be published this week.

We’re the UK’s leading public participation charity, on a mission to put people at the heart of decision-making.

Involve was founded in 2003 to “to create a new focus for thinking and action on the links between new forms of public participation and existing democratic institutions”. We've been promoting and practising participatory and deliberative decision-making ever since. We have worked with governments, parliaments, civil society organisations, academics and the public across the UK and internationally to put people at the heart of decision-making.