Majority of people in Britain harmed by other people’s drinking 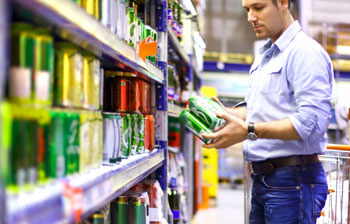 A new report from the University of Sheffield Alcohol Research Group and the Institute of Alcohol Studies (IAS) has revealed more than half of Scots and three-quarters of people from North West England are harmed by another person’s drinking.

The study Alcohol's Harm to Others, released today, examines the extent to which consuming alcohol can impact on people other than the drinker.

The report combines a review of the evidence on alcohol’s harm to others and data from two surveys in which over 2,000 adults* were asked about the harms experienced from others’ alcohol consumption.

These include being harassed or insulted on the street by someone who has been drinking, feeling unsafe in public, being kept awake at night and being sexually harassed.

The main findings show that over the past 12 months:

The report also reviews prior evidence on and includes government figures that estimate alcohol’s harm to others costs the UK economy more than £15bn each year. The report concludes that more must be done to raise awareness and address harm to others.

IAS - Alcohol's Harm to Others from The Institute of Alcohol Studies on Vimeo.

Lead author, Dr Lucy Gell from the School of Health and Related Research (ScHARR) at the University of Sheffield said: “Our findings indicate that a large number of people in Scotland and North West England experience harm from other people’s drinking, and in many cases multiple harms.

“This is especially true of younger adults who were far more likely to report having experienced harm in the past 12 months compared with older people.

“We need to better record alcohol’s harm to others across the health and social services and provide support services for those experiencing harm from other people’s drinking.

“Our team is now working to provide evidence to national and local governments about which mix of policies could best help to reduce the social harms associated with alcohol use.”
Evidence from the report suggests a range of policies that could help to reduce alcohol’s harm to others, including:

Katherine Brown, Director of IAS said: “This report is important because it shows that the harms caused by alcohol extend far beyond individual drinkers, often affecting many people through no choice of their own.
“Alcohol harm is everybody’s business – as taxpayers we are all paying the price. We hope this government will look to the evidence of what works and take action, both to ease the heavy financial burden on our health, social care and police services, and to make our communities safer.”

The watch an accompanying video to the report please visit: https://vimeo.com/instalcstud/harm2others

The School of Health and Related Research (ScHARR)
Formed in 1992, ScHARR is one of the largest and most dynamic Schools of health research within the UK. The School is based in the Faculty of Medicine, Dentistry and Health at the University of Sheffield, employs over 300 members of staff and has access to some of the best research and teaching facilities in the UK.

The University of Sheffield
With almost 26,000 of the brightest students from around 120 countries, learning alongside over 1,200 of the best academics from across the globe, the University of Sheffield is one of the world’s leading universities.
A member of the UK’s prestigious Russell Group of leading research-led institutions, Sheffield offers world-class teaching and research excellence across a wide range of disciplines.
Unified by the power of discovery and understanding, staff and students at the university are committed to finding new ways to transform the world we live in.
In 2014 it was voted number one university in the UK for Student Satisfaction by Times Higher Education and in the last decade has won four Queen’s Anniversary Prizes in recognition of the outstanding contribution to the United Kingdom’s intellectual, economic, cultural and social life.
Sheffield has five Nobel Prize winners among former staff and students and its alumni go on to hold positions of great responsibility and influence all over the world, making significant contributions in their chosen fields.
Global research partners and clients include Boeing, Rolls-Royce, Unilever, AstraZeneca, Glaxo SmithKline, Siemens and Airbus, as well as many UK and overseas government agencies and charitable foundations.

About the Institute of Alcohol Studies
The core aim of the Institute is to serve the public interest on public policy issues linked to alcohol, by advocating for the use of scientific evidence in policy-making to reduce alcohol-related harm. The IAS is a company limited by guarantee, No 05661538 and registered charity, No 1112671.
For more information visit www.ias.org.uk