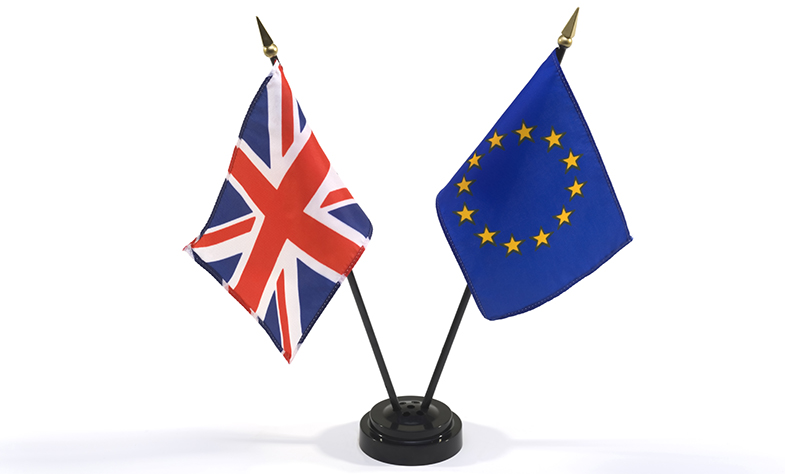 The Economic and Social Research Council (ESRC) has today (13 December 2018) announced £3.5m of funding for projects examining the impact of the UK’s withdrawal from the EU, including on the country’s constitutional arrangements, public service provision and delivery and economic performance across different places and sectors such as agriculture industries.

Professor Tamara Hervey, from the University of Sheffield’s School of Law, will co-lead a project with Queen’s University Belfast looking at post-Brexit governance in an area that was critical in the referendum debates: health and the NHS.

Guided by co-producers from the health policy sector, researchers will analyse the implications for health and the NHS of new legal texts as they emerge. They will also gather views from the public in the North of England and Northern Ireland using street conversations – a novel form of ethnographic research.

Researchers will compare the legal language, the elite language used in health contexts, and the language of the public, focusing on metaphors, to uncover the extent to which post-Brexit health governance can be said to be legitimate.

Professor Hervey said: "Health and the NHS remain critical to public and elite understandings of EU membership and what will be possible outside of the EU.

“We will study the unfolding post-Brexit legal settlement to see its impact on health, and what experts and the public think about its meaning and significance."

A project led by Dr Ruth Little from the University of Sheffield’s Department of Geography, in collaboration with the Universities of York and East Anglia, will explore agri-environmental governance post-Brexit and the co-production of policy frameworks.

To achieve the UK government's vision of a 'Green Brexit', payments to UK farmers will be based upon the principle of 'public money for public goods' – for example, enhanced biodiversity and improved soil, water and air quality – replacing the current EU CAP system that largely allocates payments based upon the amount of land owned by the claimant.

The Department for Environment, Food and Rural Affairs (Defra) – the government department responsible for devising and delivering the post-Brexit payment system – has stated that this new policy will be developed in collaboration with stakeholders.

To aid the development of this policy, the project will work with Defra and multiple agricultural and environmental stakeholders to identify ways to collaboratively involve the people and organisations that will be most affected by policy changes resulting from the UK’s exit from the EU.

“This is a transformative moment for British agricultural policy and we need to involve stakeholders to ensure that we design policies and payments so that public money does deliver public goods.

“Our project will be critical in making sure that stakeholders are involved and that the government understands their needs.”

Dr Katherine Davies, from the University of Sheffield’s Department of Sociological Studies, has been awarded an innovation grant for a project exploring Brexit, relationships and everyday family life.

The project will use a toolkit of in-depth ethnographically informed encounters with a carefully selected and diverse set of up to ten ‘family groups’ over the course of a year. This will include memory work, 'Gogglebox' style observations of families viewing politically relevant television programmes, interactive diaries and 'hanging out' at family get-togethers.

The innovative use of different methods will help researchers understand more about the ways that families are experiencing Brexit politics in their everyday interactions as well as helping researchers to explore new and innovative approaches to studying family life.

Dr Davies said: “Media reports regularly depict Britain as a nation deeply divided over Brexit, with particular attention paid to generational conflict. However, in order to unpack tropes about social divisions, it is important that we understand how these issues are lived in everyday relationships; how they are formed through seemingly mundane interactions, identities, relationships and biographies.

“Families are a particularly important site of everyday interactions, disagreements and silences around politics and are where many people experience intergenerational interactions most keenly.”

The Governance after Brexit programme will work closely with the ESRC’s UK in a Changing Europe Initiative to maximise the wider impact of its distinctive long term research perspective on Brexit.

UK in a Changing Europe provides authoritative, non-partisan and high-quality research into the moving and complicated relationship between the UK and the European Union.

Professor Daniel Wincott, Cardiff University, ESRC Leadership Coordinator for Governance after Brexit said: “Governance after Brexit is a new programme of ESRC funded research that sets Brexit in a long term perspective. Today, considerable uncertainty attaches to Brexit. If the UK is to make the best of its relationships with the EU and the wider world we need to look beyond the febrility and contentiousness that mark the current debate.

“Social scientists are uniquely placed to interrogate Brexit’s deep causes and consequences. The Governance after Brexit Programme projects will develop fundamental research to generate new evidence and understanding. Each has a clear strategy to use its research to impact on the economy and society, politics and policy.”

The ESRC 'Governance after Brexit' grant Health Governance After Brexit: Law, Language and Legitimacy is advertising for a Research Fellow.

Apply or find out more