Baby elephants have a greater chance of survival if they are born at certain times of the year, according to experts from the University of Sheffield. 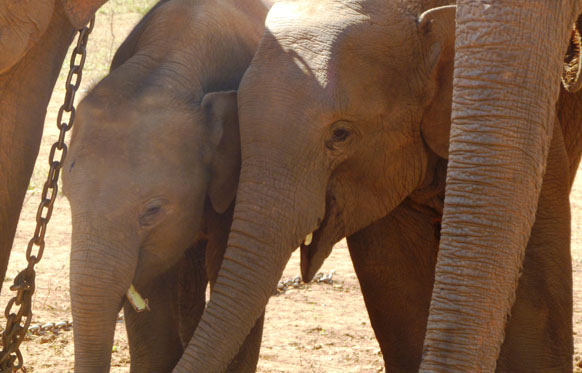 Elephants live in a seasonal environment, but unlike a lot of species do not have a single breeding season. However the pioneering research, which shows calves born during certain months of the year are 44 per cent more likely to survive, could prove vital to endangered Asian elephants and help to increase population numbers.

Researchers from the University's Department of Animal and Plant Sciences accessed records of the life and deaths of more than 2,000 working elephants from Myanmar, Burma. 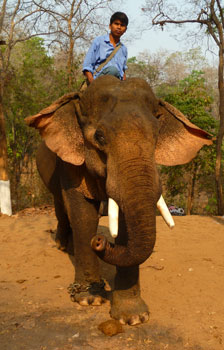 The unique dataset was recorded from 1948-2000, spanning five generations of elephants – a remarkable feat considering the animals can live up to 80 years.The elephants in the data base are semi-captive animals working in the timber industry by pushing and dragging logs.

The extensive study, published in Ecology and Evolution, showed that 41 per cent of elephants are born in December to March, which means they were conceived in the months February to May. During these months elephants have a rest from work every year as work stops in the hottest and driest months.

The research also showed that elephants are less likely to be born in the months May to August which corresponds to being conceived in the heavy working monsoon months of July to October.

Lead author, PhD student Hannah Mumby, said: "We knew from our previous studies that the best conditions for elephant survival are intermediate temperatures and high rainfall. Yet we didn't see a peak in births at this time of year as we had expected. However, the work patterns of the elephants are also seasonal and when I saw elephants rested in hot and dry months, the pattern fell into place. It seems that although elephants can reproduce at any time of year, they are reproducing more when the conditions are best and this is maximising the chances of their calves surviving."

The population of working elephants is currently unsustainable therefore wild animals are often captured to supplement numbers. The new findings are imperative to the conservation of Asian elephants in order to understand and alleviate the effects of seasonal conditions in order to reduce the pressure to capture more animals from the wild.

Hannah added: "If the number of conceptions in the rest period were possible across the year, the annual calving rate could be increased by 25 per cent, meaning 18 more baby elephants a year. There are over 2000 timber elephants and efforts to make the population sustainable could create a genetically diverse pool of Asian elephants and offer some hope for the survival of this endangered species.”

The University of Sheffield
With nearly 25,000 of the brightest students from 117 countries coming to learn alongside 1,209 of the world´s best academics, it is clear why the University of Sheffield is one of the UK´s leading universities. Staff and students at Sheffield are committed to helping discover and understand the causes of things - and propose solutions that have the power to transform the world we live in.