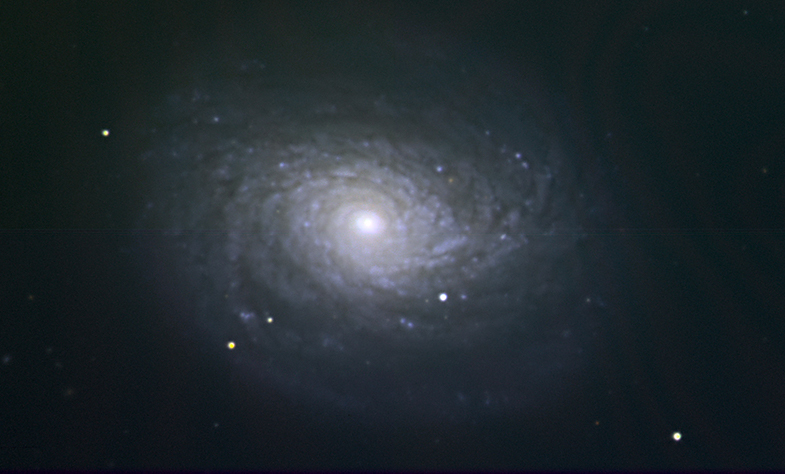 A new camera which can take more than 1,000 images per second and will revolutionise scientists’ understanding of stars and black holes has gone live on the world’s largest optical telescope.

HiPERCAM will take high-speed images of objects in the Universe, allowing their rapid brightness variations - due to phenomena such as eclipses and explosions - to be studied in unprecedented detail.

Data captured by the camera, taken in five different colours simultaneously, will let scientists study the remnants of dead stars such as white dwarfs, neutron stars and black holes.

These are key objects within astrophysics as their extreme gravities, densities and pressures allow researchers to test theories of fundamental physics, such as general relativity and quantum mechanics.

By observing objects in our Solar System pass in front of background stars, HiPERCAM will also teach scientists about the sizes and shapes of the minor planets beyond Pluto’s orbit, and whether or not they possess atmospheres, rings and satellites. 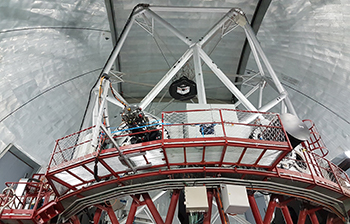 The HiPERCAM project is led by Professor Vik Dhillon and his team at the University of Sheffield, in partnership with the Science and Technology Facilities Council’s Astronomy Technology Centre (ATC) and the Instituto de Astrofisica de Canarias, along with researchers from the University of Warwick and Durham University.

The pioneering five year project was funded by a 3.5 million Euro grant from the European Research Council (ERC). The camera has been mounted on the Gran Telescopio Canarias (GTC) - the world’s largest telescope, with a 10.4 metre mirror diameter.

The GTC is based on the island of La Palma, situated 2,500 metres above sea level, which is one of the best places in the world to study the night sky.

“The high-speed images are also captured in five different colours simultaneously, which means we can instantly tell the difference between hot stars – which are burning at tens of thousands of degrees Celsius and are blue in colour - and cooler stars, which appear red and are burning at only a few thousand degrees.

He added: “The combination of HiPERCAM and the world’s largest telescope provides us with a unique, new view of the Universe, which history tells us is when major new discoveries are made.

“Astronomers are excited to use HiPERCAM on the GTC to start exploring the Universe at high speed."

Science and Universities Minister, Sam Gyimah MP, said: “The vital role that STFC and UK universities played in developing HiPERCAM is a testament to the work of our world class scientists. This game-changing camera that will be installed on the world’s largest telescope will not only deepen our understanding of white dwarfs, neutron stars and black holes in our Universe, but it will help maintain our reputation as being a global-leader in research and development. 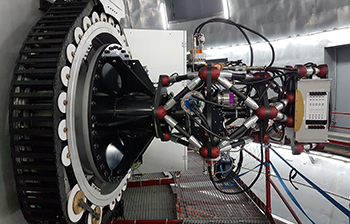 “It is projects such as these, and collaboration with partners and universities from across the world, which underpins our ambitious modern Industrial Strategy to boost innovation and help create a Britain fit for the future.”

Martin Black, an optical engineer from the Science and Technology Facilities Council’s UK Astronomy Technology Centre (UK ATC) and part of the HiPERCAM team, said: “HiPERCAM was a challenging project that pushed the design team to fit a lot of scientific potential into a small space.

“The team had to work closely together to ensure everything fit together and to correctly position the cameras to around 30 microns, about the width of a human hair.”

The Science and Technology Facilities Council (STFC)
The Science and Technology Facilities Council is keeping the UK at the forefront of international science and tackling some of the most significant challenges facing society such as meeting our future energy needs, monitoring and understanding climate change, and global security. The Council has a broad science portfolio and works with the academic and industrial communities to share its expertise in materials science, space and ground-based astronomy technologies, laser science, microelectronics, wafer scale manufacturing, particle and nuclear physics, alternative energy production, radio communications and radar.

The European Research Council (ERC)
The European Research Council, set up by the EU in 2007, is the prime European funding organisation for excellent frontier research. Every year, it selects and funds the very best, creative researchers of any nationality and age, to run projects in Europe. The ERC has three core grant schemes: Starting Grants, Consolidator Grants and Advanced Grants. The ERC is part of the 'Excellent Science' pillar of the European Union's Horizon 2020 programme.