University Vice-Chancellor announced as President of the UK's Science Council 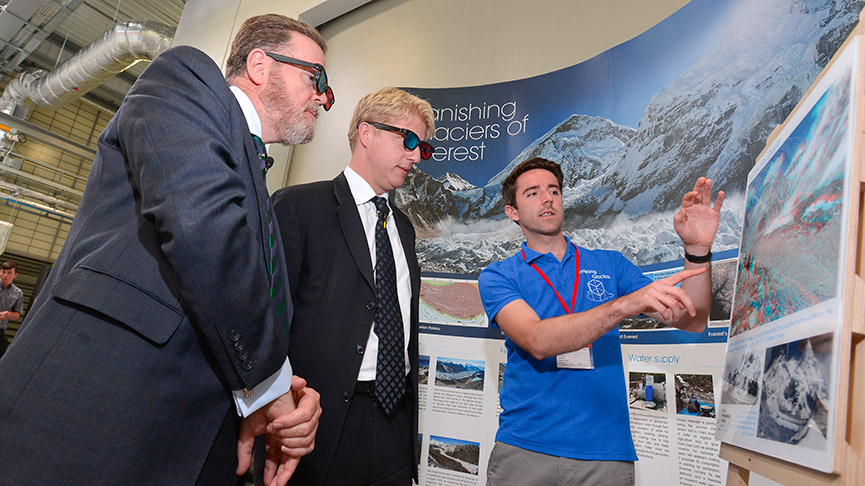 Eminent physicist and Vice-Chancellor of the University of Sheffield, Professor Sir Keith Burnett FRS, has been named as the new President of the Science Council, taking the helm at a time of significant expansion for the fast-growing organisation.

The Science Council brings together professional scientists from academia and industry, and also represents scientific technicians and science teachers.

As well as holding the national register for Chartered Scientists, the Science Council requires registered scientists across all disciplines and areas of practise to demonstrate and maintain professional standards of competence and sign up to codes of ethical conduct.

Sir Keith, who also serves on the Prime-Minister's Advisory Council for Science and Technology and is a member of the Council of the Royal Society, believes that the time is right for a greater emphasis on the importance of Science as a profession and for increased public confidence in the role of professional scientists in addressing the great economic, social and environmental challenges of the day.

From smart phones to the wonders of the hadron collider, UK scientists are making a massive contribution to our lives and understanding.

“The UK and the whole world faces huge challenges affecting the future of humanity, and scientists are at the forefront of finding solutions,” he said.

“For too long the public and even government has taken its image of Science and scientists from film and popular culture. But at a time when experts are being questioned and our need for solutions is great, it is absolutely vital that the public can have confidence in the people who will help us develop the transport and healthcare of the future, who can help us understand our weather systems or how to make the best use of finite resources."

The Science Council will place particular emphasis on building bridges between the Science community at all levels and maintaining confidence in professional standards.

Sir Keith said: "From smart phones to the wonders of the hadron collider, UK scientists are making a massive contribution to our lives and understanding. It is not just true of Nobel laureates and leading researchers. Science depends on the highest standards amongst professional technicians who develop the equipment and who support the experiments on which breakthroughs rely.

“The Science Council has been doing truly excellent work in raising the profile of Science technicians as a skilled and integral part of the science workforce – within both academia and industry. This is a subject which is of enormous personal importance to me, and I am confident that raising the status and profile of UK Science through the work of the Council and partnerships with government and other bodies will be crucial if the country is to continue to be a world-leader in this area and to reap the many benefits for citizens here and across the world."

She said: “Sir Keith has a superb reputation as both a scientist and a leader, but he also brings to the role of President his vision, experience of public policy and an ability to explain in lay terms why Science matters and why professional scientists at all levels are so vital to our society and economy.

"Now, more than ever, it’s important that all scientists are working to high standards of competence and conduct and that there is transparency about how Science is done. Public confidence in scientists, and in the organisations that employ them, is crucial to making sure the results of scientific work are accepted and understood by the public. Sir Keith shares this vision and will be a key advocate for registration its benefits to scientists, those that employ them and the public whom scientists serve.”

Sir Keith Burnett is a physicist with particular expertise in lasers and optics. His work includes research on Bose-Einstein condensates.

He has worked as a scientist in the U.S., at Imperial College in London and taught at The University of Oxford for 20 years where he was Chairman of Physics and led the Division of Mathematical, Physical and Life Sciences.

In 2007, he became Vice-Chancellor of The University of Sheffield.

He has been a longstanding advocate of professional recognition for scientific technicians in the UK through the Heated programme, an area where Sheffield has led nationally.

He is a member of the Board of the UK Atomic Energy Authority and has advised the UK government on energy and infrastructure investment. His links with industry include leading work on advanced manufacturing in aerospace and nuclear technologies, and he is the Chair of the Sheffield City Region Science and Innovation Board.

Sir Keith was knighted for his services to Science and Education in 2013. He will fulfil his role as President of the Science Council in addition to his role as Vice-Chancellor of the University of Sheffield.

The Science Council sets the standards for practising scientists, through professional registration. We believe that every scientist has a responsibility to society, and themselves, to work with integrity, keep their skills and knowledge up to date and consider how their efforts affect the world around them. We work with professional bodies to represent the needs of the science community and award professional status to practising scientists. www.sciencecouncil.org