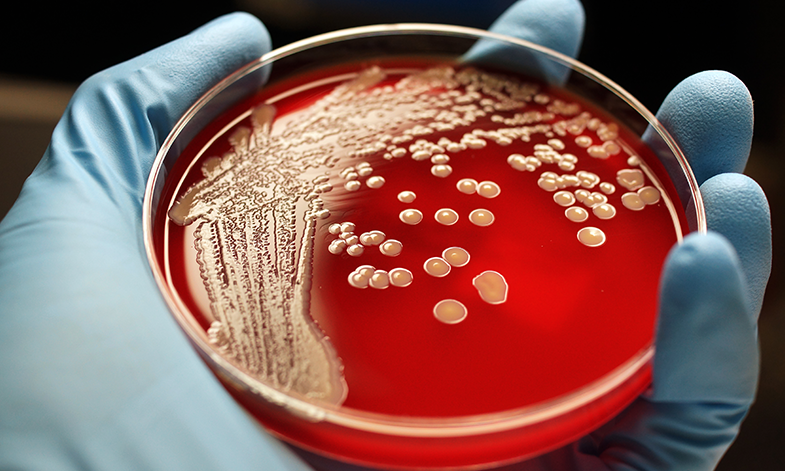 Researchers at the University of Sheffield have developed a new compound that is able to kill both gram-positive and gram-negative antibiotic-resistant bacteria.

Gram-positive and gram-negative bacteria have different cell wall structures, but the new antibiotic compound is able to pass through the cell wall of both forms of bacteria and then bind to the DNA.

The findings, published in Chemical Science, pave the way for developing new treatments for all kinds of antibiotic resistant bacteria, including the gram-positive MRSA and gram-negative E.Coli.

The team from the University of Sheffield has previously developed new compound leads that specifically target gram-negative bacteria, but this new compound is a broad spectrum antimicrobial which means it is just as effective in both types of bacteria.

Gram-negative bacteria strains are particularly difficult to treat as their cell wall prevents drugs from getting into the microbe, they can cause infections including pneumonia, urinary tract infections and bloodstream infections.

Professor Jim Thomas, Principal Investigator of the research from the University of Sheffield, said: “Antimicrobial resistance is an increasing problem with many studies predicting a medical global emergency, so broad spectrum antimicrobials which work against resistant pathogens are urgently needed.

“As the compound is luminescent it glows when exposed to light. This means we were able to follow the uptake and effect on bacteria using advanced microscopy techniques available at STFC's Rutherford Appleton Lab.

Antimicrobial resistance is already responsible for 25,000 deaths in the EU each year, and unless this rapidly emerging threat is addressed, it’s estimated by 2050 more than 10 million people could die every year due to antibiotic resistant infections.

Doctors have not had a new treatment for gram-negative bacteria in the last 50 years, and no potential drugs have entered clinical trials since 2010.

The University of Sheffield’s Department of Chemistry has a rich history of excellent research and inspirational teaching. Research spans photophysical and biophysical chemistry, polymers, nanomaterials, theory, organic chemistry and chemical biology. This provides the basis for a substantial and varied portfolio of research grants, collaborations with industry, and research institution partnerships.

Media and PR Assistant
The University of Sheffield
0114 222 1034
e.l.griffiths@sheffield.ac.uk