Scientists from the University of Sheffield believe they have found life arriving to Earth from space after sending a balloon to the stratosphere.

The team, led by Professor (Hon. Cardiff and Buckingham Universities) Milton Wainwright, from the University’s Department of Molecular Biology and Biotechnology found small organisms that could have come from space after sending a specially designed balloon to 27km into the stratosphere during the recent Perseid meteor shower. 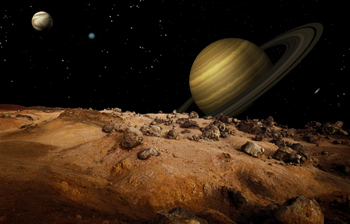 Professor Wainwright said: “Most people will assume that these biological particles must have just drifted up to the stratosphere from Earth, but it is generally accepted that a particle of the size found cannot be lifted from Earth to heights of, for example, 27km. The only known exception is by a violent volcanic eruption, none of which occurred within three years of the sampling trip.

“In the absence of a mechanism by which large particles like these can be transported to the stratosphere we can only conclude that the biological entities originated from space. Our conclusion then is that life is continually arriving to Earth from space, life is not restricted to this planet and it almost certainly did not originate here.”

Professor Wainwright said the results could be revolutionary: “If life does continue to arrive from space then we have to completely change our view of biology and evolution,” he added. “New textbooks will have to be written!”

The balloon, designed by Chris Rose and Alex Baker from the University of Sheffield’s Leonardo Centre for Tribology, was launched near Chester and carried microscope studs which were only exposed to the atmosphere when the balloon reached heights of between 22 and 27km. The balloon landed safely and intact near Wakefield. The scientists then discovered that they had captured a diatom fragment and some unusual biological entities from the stratosphere, all of which are too large to have come from Earth.

Professor Wainwright said stringent precautions had been taken against the possibility of contamination during sampling and processing, and said the group was confident that the biological organisms could only have come from the stratosphere.

The group’s findings have been published in the Journal of Cosmology and updated versions will appear in the same journal, a new version of which will be published in the near future. Professor Chandra Wickramasinghe of the Buckingham, University Centre for Astrobiology (of which Professor Wainwright is an Honorary Fellow) also gave a presentation of the group’s findings at a meeting of astronomers and astrobiologists in San Diego last month.

Professor Wainwright’s team is hoping to extend and confirm their results by carrying out the test again in October to coincide with the upcoming Haley’s Comet-associated meteorite shower when there will be large amounts of cosmic dust. It is hoped that more new, or unusual, organisms will be found.

Professor Wainwright added: “Of course it will be argued that there must be an, as yet, unknown mechanism for transferring large particles from Earth to the high stratosphere, but we stand by our conclusions. The absolutely crucial experiment will come when we do what is called ‘isotope fractionation’. We will take some of the samples which we have isolated from the stratosphere and introduce them into a complex machine – a button will be pressed. If the ratio of certain isotopes gives one number then our organisms are from Earth, if it gives another, then they are from space. The tension will obviously be almost impossible to live with!”

The University of Sheffield
With nearly 25,000 of the brightest students from 117 countries coming to learn alongside 1,209 of the world’s best academics, it is clear why the University of Sheffield is one of the UK’s leading universities. Staff and students at Sheffield are committed to helping discover and understand the causes of things - and propose solutions that have the power to transform the world we live in.
A member of the Russell Group, the University of Sheffield has a reputation for world-class teaching and research excellence across a wide range of disciplines. The University of Sheffield has been named University of the Year in the Times Higher Education Awards 2011 for its exceptional performance in research, teaching, access and business performance. In addition, the University has won four Queen’s Anniversary Prizes (1998, 2000, 2002, 2007), recognising the outstanding contribution by universities and colleges to the United Kingdom’s intellectual, economic, cultural and social life.
One of the markers of a leading university is the quality of its alumni and Sheffield boasts five Nobel Prize winners among former staff and students. Its alumni have gone on to hold positions of great responsibility and influence all over the world, making significant contributions in their chosen fields.
Research partners and clients include Boeing, Rolls-Royce, Unilever, Boots, AstraZeneca, GSK, Siemens, Yorkshire Water and many more household names, as well as UK and overseas government agencies and charitable foundations.
The University has well-established partnerships with a number of universities and major corporations, both in the UK and abroad. The White Rose University Consortium (White Rose) a strategic partnership between 3 of the UK's leading research universities of Leeds, Sheffield and York. Since its creation in 1997 White Rose has secured more than £100M into the Universities.