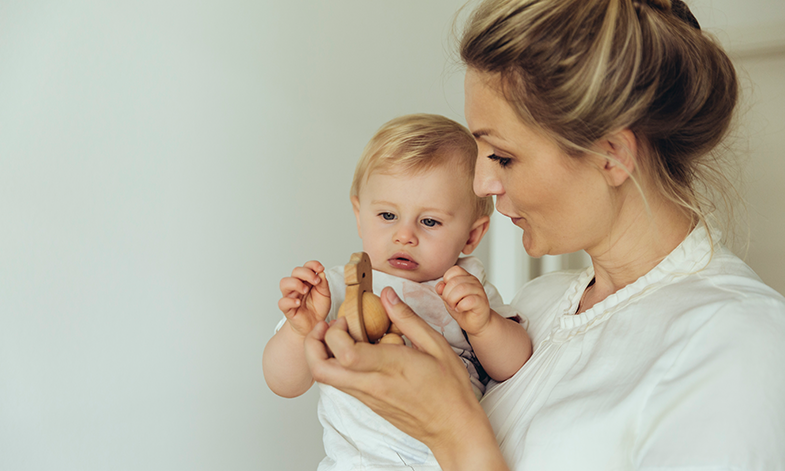 How often babies babble while making eye contact is the best predictor of how many words they will use as a toddler, a new study by the University of Sheffield has found.

Announced at the British Science Festival, the research found that the frequency with which 11-12 month olds vocalised whilst looking at their caregivers’ face was a valuable predictor of their later vocabulary and suggested they were deliberately trying to communicate.

The research also looked at how caregivers respond to these early infant vocalisations, gestures and gazes, with experts testing which combination of actions best predict a child’s language development.

It was found that simple steps, such as responding to babies when they make eye and attempt to communicate, appear to have a significant impact on their language development.

Scientists from the Universities of Sheffield, York, Liverpool and Warwick, found that the combination of intentional child-driven communication and caregiver responsiveness plays an important role in helping babies learn words, over and above any other early communicative behaviours babies may show.

Dr Ed Donnellan, from the University of Sheffield’s Department of Psychology and lead author of the research, said: “At 11-12 months, most children are starting to communicate and simply talking to babies about what it is that they are interested in can help them learn to talk.

“Babies can get you to talk to them too, they can communicate long before they say their first words, and by responding to these attempts to communicate, caregivers can really help get language learning off the ground.”

The researchers analysed videos of children playing in their homes with their caregivers to understand how children communicate before they learn words and how they make the transition to speaking.

The benefits of these findings are that caregivers can take simple steps to help improve their child’s language and vocabulary without the need for expensive toys or gimmicks, simply by responding to their vocalisations.

The findings could be applied to help children at risk of language delay, for example, because of early hearing loss. The University of Sheffield is now collaborating with the National Deaf Children’s Society to inform research into the language development of deaf infants.

The paper, 'Infants’ intentionally communicative vocalizations elicit responses from caregivers and are the best predictors of the transition to language: A longitudinal investigation of infants’ vocalizations, gestures and word production' is published in Developmental Science.