Scientists have warned we need to triple our daily vitamin D intake to maintain healthy bones in a new report issued to the government today (Thursday 21 July 2016). 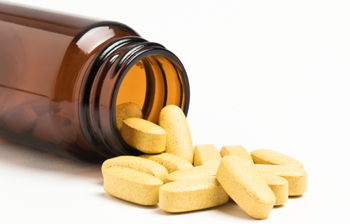 The new recommendation, made by the Science Advisory Committee on Nutrition (SACN), comes after a five year review which revealed one in five people in the UK have insufficient vitamin D levels.

The human body makes most of its vitamin D from direct sunlight on the skin but we also get a small amount from some foods, including oily fish, such as salmon, eggs and foods to which vitamin D has been added, like some cereals and fat spreads.

Vitamin D is essential for the absorption of calcium– which is vital to maintain healthy bones and teeth. A lack of this vitamin can lead to a number of serious conditions including rickets in children and osteomalacia in adults, which cause bones to soften, weaken and in some cases become deformed. Other diseases such as diabetes and cancer have also been linked with low vitamin D but the evidence is still not strong.

The review, chaired by Professor Hilary Powers from the Department of Oncology and Metabolism at the University of Sheffield, concluded that in order to protect bone and muscle health, everyone over one year of age needs 10micrograms (10ug) vitamin D daily.

Groups most at risk of vitamin D deficiency include:

Professor Powers, an expert in Human Nutrition, said: “If the recommendations are followed this should reduce the risk of bone disease in the UK population.

“The review concluded that to protect bone and muscle health people should achieve a blood concentration of vitamin D of 25nmol/L all the year round.

“Until now it has been assumed that sunlight would provide the vitamin D needed by most of the population all the year round. We now know this is not true because about one in five people in the UK have a low blood level of vitamin D.”

The SACN have recommended that in order to achieve this blood level people in the UK need 10ug vitamin D daily. However, the average intake of vitamin D from food and supplements is only about 3ug.

“There are very few foods that contain a good source of vitamin D so it is very important to ensure we include a variety of oily fish (such as tuna, salmon and sardines), eggs and certain fortified breakfast cereals in our diets.

“In the 1950s after World War II the government issued a dose of cod liver oil to children every day to supplement their diets with a good source of vitamin D, but it was later thought to be unnecessary.”

“The government now needs to look at the evidence and recommendations in the report and consider a strategy to help people in the UK increase their vitamin D intake.”

The University of Sheffield
With almost 27,000 of the brightest students from over 140 countries, learning alongside over 1,200 of the best academics from across the globe, the University of Sheffield is one of the world’s leading universities. A member of the UK’s prestigious Russell Group of leading research-led institutions, Sheffield offers world-class teaching and research excellence across a wide range of disciplines. Unified by the power of discovery and understanding, staff and students at the university are committed to finding new ways to transform the world we live in. Sheffield is the only university to feature in The Sunday Times 100 Best Not-For-Profit Organisations to Work For 2016 and was voted number one university in the UK for Student Satisfaction by Times Higher Education in 2014. In the last decade it has won four Queen’s Anniversary Prizes in recognition of the outstanding contribution to the United Kingdom’s intellectual, economic, cultural and social life. Sheffield has five Nobel Prize winners among former staff and students and its alumni go on to hold positions of great responsibility and influence all over the world, making significant contributions in their chosen fields. Global research partners and clients include Boeing, Rolls-Royce, Unilever, AstraZeneca, Glaxo SmithKline, Siemens and Airbus, as well as many UK and overseas government agencies and charitable foundations.