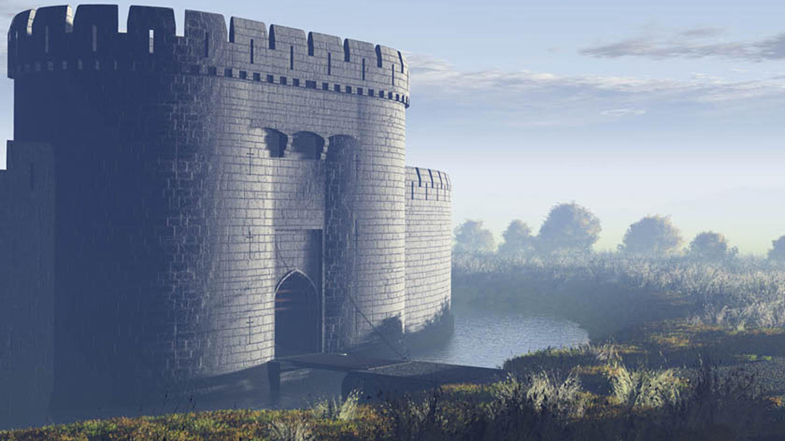 Archaeologists at the University of Sheffield are set to uncover the remains of one of the biggest castles in England, thanks to a major new funding award.

The funding, which is nearly £800,000, has been awarded by Sheffield City Council to help transform the Castlegate Quarter of Sheffield – where the city’s medieval castle once stood.

Researchers from the University of Sheffield have been working closely with the council and community groups across the city to secure the funding needed to reveal new insights into the history of the castle – and to provide the platform for the regeneration of the original ‘heart of the city’.

Students from the University of Sheffield’s School of Architecture, led by Carolyn Butterworth, have worked with archaeologists and with the Friends of Sheffield Castle to produce vibrant and creative visions for the future of the Castlegate area. These are helping to drive plans for both meanwhile and long-term use of the site while archaeologists carry out excavations to uncover the castle’s remains.

Sheffield Castle was built on the banks of the River Don and River Sheaf in the late 11th or early 12th century. Mary Queen of Scots was prisoner there between 1570 and 1584, and the castle was levelled in 1648 following the Civil War.

Archaeologists from the University of Sheffield have been studying Sheffield Castle for more than 20 years and are piecing together the site’s history, both with a view to understanding its role in history and to helping drive the area’s economic and cultural future.

The University’s Department of Archaeology is also in the process of carrying out the first systematic study of the finds from excavations carried out at Sheffield Castle in the 1920s and 1950s.

Professor John Moreland from the University of Sheffield’s Department of Archaeology, who also chairs the University group coordinating research on Castlegate, said: “This is great news for Sheffield, and for Sheffield Castle! I look forward to continuing our work with the City Council and with local community groups to show how the heritage of this important place can inspire its regeneration.”

Professor Vanessa Toulmin, Director of City and Cultural Engagement at the University of Sheffield, added: “Castlegate is Sheffield’s original city centre and home to centuries of market trading, a buried castle and historic civic institutions, but has fallen into decline over recent years. This new funding means that University of Sheffield researchers can continue their work with the council and community groups to uncover the remains of the castle, shed new light on the history of the area and help develop vibrant and creative visions for its future, which are crucial steps in the regeneration of the Castlegate Quarter of the city. We’re delighted to continue our support of this transformative community project.”

The University of Sheffield’s Department of Archaeology was ranked in the world top 25 in the latest QS subject rankings and its School of Architecture is one of the leading Schools of Architecture in the UK. Both offer students the chance to make a positive and lasting impact, either by helping communities worldwide make sense of their heritage or by making an impact on the global built environment.