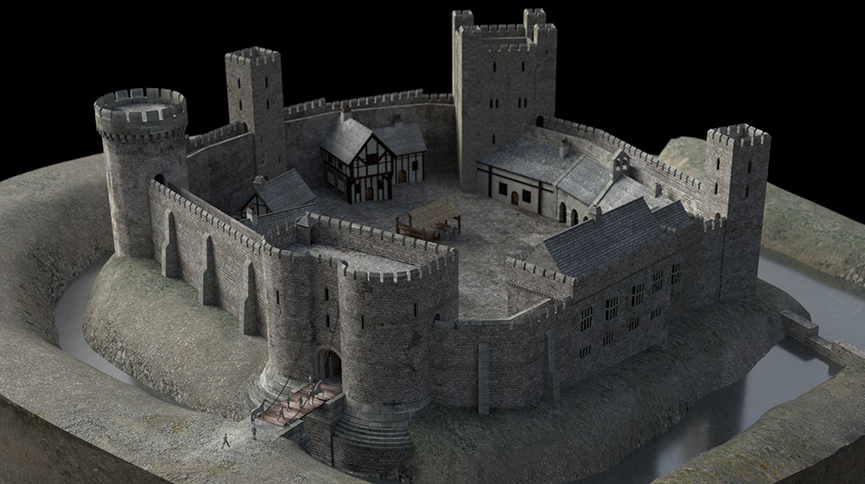 Sheffield’s lost castle – which was once among the most powerful castles in the north of medieval England and held Mary Queen of Scots prisoner for 14 years – has been brought to life once again and given a new home in the city thanks to a collaboration between researchers from the University of Sheffield and the National Videogame Museum.

A virtual model of the castle, based on research led by Professor John Moreland from the University’s Department of Archaeology, has now been installed in the new National Videogame Museum in Sheffield city centre.

Initially launched for a three week period last year, the augmented reality (AR) experience has been put on display in the museum after attracting thousands of visitors during the University’s Festival of the Mind.

The AR experience, which has been developed as part of an AHRC funded project led by Professor Dawn Hadley in collaboration with Sheffield creative agency Human, the University’s Department of Archaeology, School of Architecture and Department of Computer Science, is the most accurate visual representation of the castle ever produced – enabling people to see and explore the castle in unprecedented detail. 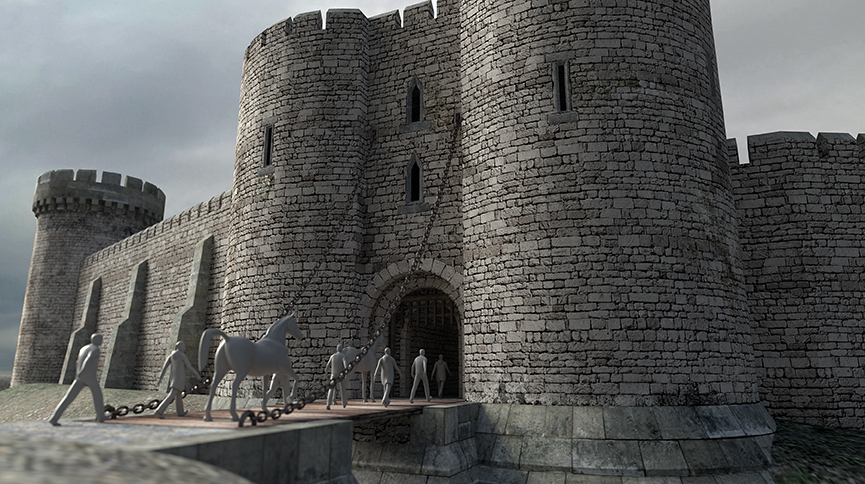 Professor John Moreland, from the University’s Department of Archaeology, said: “This reconstruction is based on our extensive research on the archaeology and archives of Sheffield Castle, and demonstrates the power of augmented reality to make the past accessible. We believe that it could play a major part in displaying the rich history of the site uncovered in the recent excavations by Wessex Archaeology.”

Steve Maddock, from the University’s Department of Computer Science, also highlighted the way in which the University’s work on Sheffield Castle has given its academics an opportunity to engage the public with their research on AR – which mixes virtual objects into real-time real world views, giving new perceptual experiences to users.

Carolyn Butterworth, Senior University Teacher in the University’s School of Architecture, said: "The School of Architecture is working on a long-term co-production design process with Sheffield City Council, University colleagues, local groups and organisations to develop a community-led regeneration of the site of Sheffield Castle, informed by the heritage and social history of Castlegate. Through bringing the medieval castle to life in its modern context, this augmented reality project is incredibly useful as a tool to engage people in the past, present and possible futures for this fascinating part of the city." 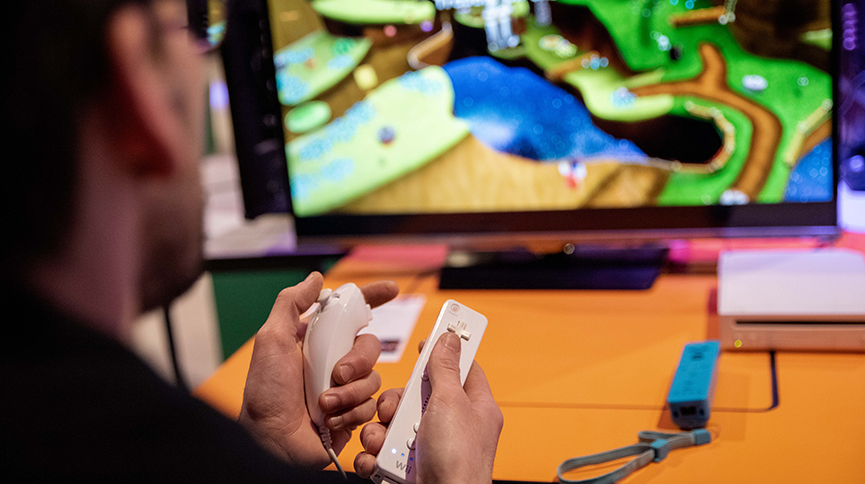 Sheffield Castle was one of the most powerful castles in the north of medieval England before it was almost completely destroyed following an act of Parliament at the end of the English Civil War in 1646.

A royalist stronghold, the castle was home to some of the great and powerful families of Yorkshire, including the de Furnivals, Nevils, Shrewsburys and Howards.

The castle was of such importance that Mary Queen of Scots was held prisoner there for 14 years, between 1570 and 1584, in the build up to her execution in 1587.

Nick Bax, Creative Director of Human, added: “We’re delighted to be able to present our virtual recreation of Sheffield Castle in the National Videogame Museum alongside such inspiring and important pieces of digital history. Experience Castlegate blends the past with the present, while giving visitors a glimpse into the future of creative technology." 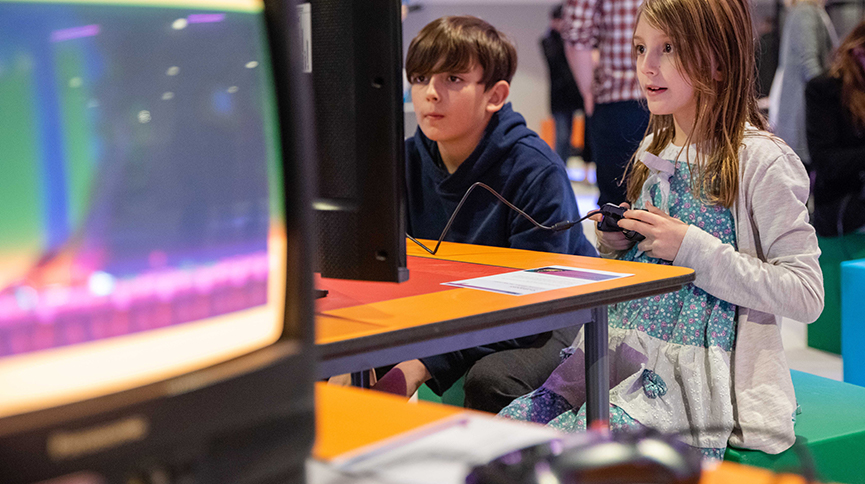 The National Videogame Museum is the world’s first cultural centre dedicated to videogames. Originally based in Nottingham, within two years of opening it welcomed 100,000 visitors, won two TripAdvisor awards, staged four original exhibitions and kicked off a games music festival.

Now based in Sheffield, the museum also created Pixelheads – an education programme for young people to talk about what games mean and how they are made. The museum has been recognised by the Arts Council of England, Creative England, Creative Scotland, UK Young Artists, the British Library and many others as a leading proponent of videogame culture.

Abi Kay, the National Videogame Museum's General Manager, said: "We're so excited to be hosting this fantastic installation in our galleries this summer. We always welcome opportunities to celebrate the brilliant work going on in Castlegate, and we can't think of a better way to do this than through bringing together the area's rich history with the brilliant videogame technologies the National Videogame Museum exists to share."

Experience Castlegate, the AR exhibition, can be seen in the National Videogame Museum from Friday 12 July 2019 throughout the rest of the summer.

For more details on the museum, including opening times and tickets for admission, visit: https://www.thenvm.org/