Following news of the largest investment by China in the UK outside London, the University of Sheffield and Sheffield Chamber of Commerce have announced they are joining forces with the Sheffield University Confucius Institute and other partners to establish a world-class Sheffield Confucius Business Gateway for China in the North. 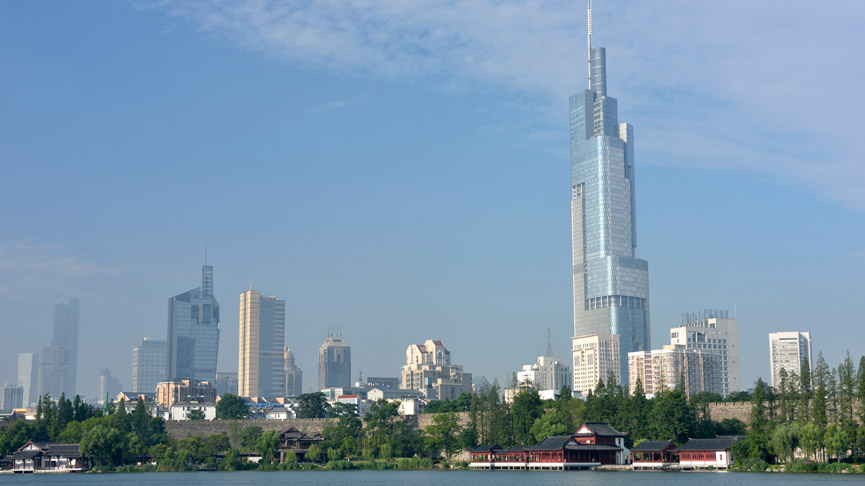 The announcement is being made today (Wednesday 27 July 2016) in China by University of Sheffield Vice-Chancellor Professor Sir Keith Burnett as he meets Sheffield Confucius Institute partners in Nanjing - formerly the capital city of China, which has a population the same size as London.

Sir Keith, a longstanding advocate of UK-Chinese partnership, is convinced that long-term collaboration with the country is vital to the UK and will create jobs and prosperity in both nations.

"China is a quarter of the world's population and we face many similar challenges around energy, sustainable jobs and healthcare as our populations age," he said.

“If we can pool our expertise and energy over years and decades, we have the potential to do real good in the world and to bring a powerful boost to the future economy of the UK's Northern Powerhouse."

Chief Executive of the Sheffield Chamber of Commerce Richard Wright agrees: "It is fantastic that Sheffield is leading the way in securing inward investment opportunities from China, but we want to develop the kind of business community and culture that is really ready and able to take advantage of these opportunities and to build long term partnerships between the UK and China.

"The Chamber of Commerce has worked with the Confucius Institute for some time on business language and understanding, but we need to take that to a new level. If we get this right, I am confident we can help to make Sheffield the landing place for China in the North, drawing in particular on the strong existing links with China through the University, Sheffield City Council and existing investors like New Era Development.”

He added: "I am delighted that the University is so actively supporting this essential context through its extensive Chinese contacts and staff and students with vital expertise in supporting international exchange and collaboration."

Central to helping create a highly-skilled support structure for businesses from both nations is the Sheffield Confucius Institute. Director Dr Lucy Zhao, who is also in China for the University of Sheffield meetings, said: "How does the Confucius Institute support this joint vision for the UK and China? Confucius Institutes around the world are committed to building bridges with China, but in Sheffield we have worked with our Chairman, Professor Sir Keith Burnett, to develop a very strong focus on industry and health.

"We have worked with the Sheffield Chamber of Commerce not only to teach Chinese language and business culture to local company leaders, but also to help translate and facilitate for inward investment in the city.”

She added: "We know though that if we are truly to be the landing place for China in the North of England, we need to make the most professional and culturally adept point of welcome. We are determined that we make the bridge between China and Sheffield as easy as possible for both sides to navigate, using students from the University's internationally-leading Department of East Asian Studies and our talented Chinese students to support this. It is really a tremendous opportunity for everyone."

Edward Highfield, Director of Creative Sheffield, has also warmly welcomed the initiative, which will help deliver long-term genuine collaboration and benefits for the region and the North.