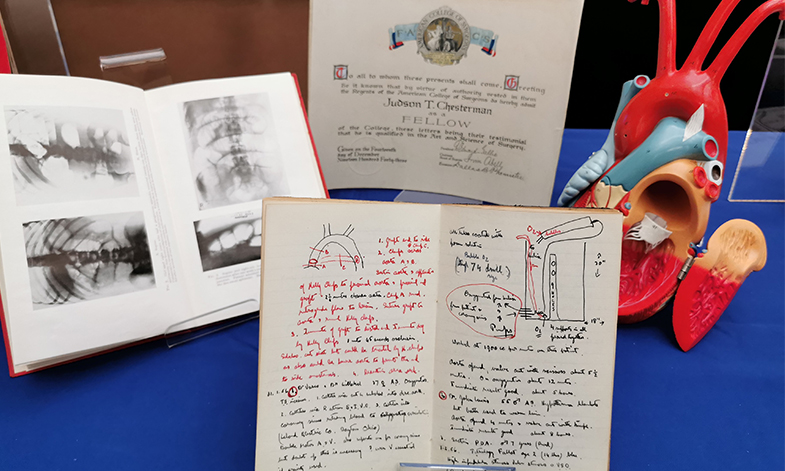 The work of pioneering Sheffield heart surgeon, Mr Judson Chesterman (1903-1987), will be brought back to life by an award-winning Sheffield cardiologist at the London-based Worshipful Society of Apothecaries’ Osler Lecture this evening (24 February 2020).

Whilst studying for his Diploma in the History of Medicine with the Society, Cardiologist Dr Will Parker from the University of Sheffield’s Department of Infection, Immunity and Cardiovascular Disease researched Mr Chesterman’s life and work.

He discovered that, although not familiar to many, Mr Chesterman was an important figure in the origins of modern day heart surgery.

Mr Chesterman developed the first cardiac mitral valve replacement, used to replace diseased valves in the heart, saving the lives of many rheumatic fever victims and is now a common procedure the world over.

He was also a pioneer in the development of cardiopulmonary bypass surgery. This technique uses a pump to take over the function of the heart and lungs, maintaining circulation of blood and oxygen around the body of a patient whilst being operated on. 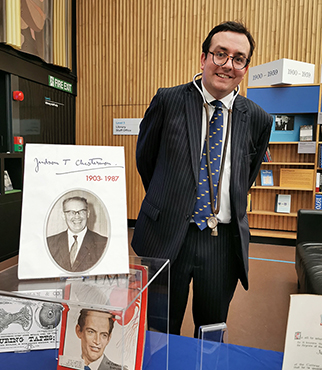 A native of Sheffield, Dr Parker is currently undertaking his PhD in the pharmacological management of cardiovascular disease at the University of Sheffield, looking at how we use medication to prevent, and aid in recovery of heart attacks.

He became interested in the history of medicine during this work and took the Diploma in the History of Medicine from the Society of Apothecaries.

Announced as the winner of two prestigious awards by the Society for his academic achievements in the diploma, the Maccabean Prize and Medal and the Osler Lecture, Dr Parker decided to use the opportunity to shine a light on the history of innovation Sheffield has contributed to the practice of cardiology; saving millions of lives around the world.

Dr Parker said: “We can trace our modern surgical practice in cardiology around the world, right back to Mr Chesterman’s work in Sheffield during his time as a surgeon between the 1930s and 1960s.

“Even now, where we see the development of a new generation of small cardiac pump implants, we can directly trace their roots back to the kind of pump Mr Chesterman brought to the UK and was using years ago.”

Dr Parker said: “Mr Chesterman’s achievements aren’t known to many, probably because there weren’t the same opportunities to publicise his work and reach other doctors and scientists like there are today.

“Yet his work helped make modern cardiac surgery possible, establishing it as a separate speciality in the UK and he was also responsible for founding a specialist cardiac unit in Sheffield, now the Chesterman Wing at the Northern General Hospital.

“We have a unique history in Sheffield, where our strong engineering heritage and our busy centres of excellence in medicine, created an environment where innovation in surgical treatments flourishes, and we should recognise Mr Chesterman as a founding father of our research excellence in cardiac medicine here today.”

Study with the Department of Infection, Immunity and Cardiovascular Disease