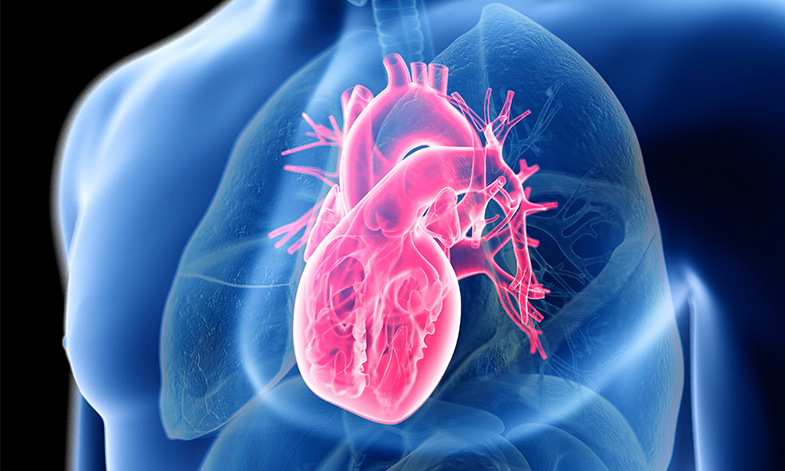 Scientists from the University of Sheffield have identified a new potential treatment pathway for cardiovascular disease.

Their research has shown for the first time that a protein expressed in a subset of immune cells contributes towards the build-up of fatty deposits in arteries, which leads to cardiovascular disease.

These fatty deposits are caused by macrophages, a subset of immune cells known to take up surplus cholesterol. When this is present in excess, they mature into larger cholesterol-laden cells known as foam cells which accumulate and cause blockages inside arteries.

The study published today (30 October 2019) in Science Advances, shows for the first time that levels of a protein called Tribbles-1 (TRIB1) inside macrophages controls the amount of cholesterol taken up by foam cells. 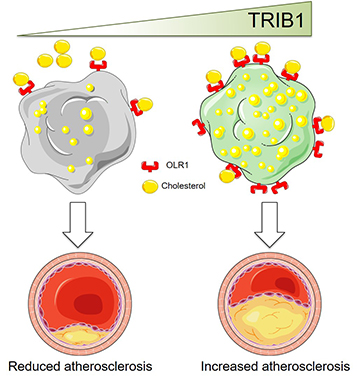 The findings of this early translational study which involved the University of Leicester and scientists from Hungary and the US, suggest that inhibiting TRIB1 in macrophages could be a viable therapeutic target in treating cardiovascular disease.

Researchers have long been trying to identify the proteins regulated by TRIB1 to understand their effects, and whether they are of benefit or are detrimental to disease development.

Dr Jessica Johnston from the Department of Infection, Immunity and Cardiovascular Disease (IICD) at the University of Sheffield was first author of the study and her PhD research focused on the project. She said: “The role of TRIB1 in macrophages has remained elusive for some time. Our research provides the missing link and highlights the importance of cell-specific expression in cardiovascular disease.

“I am extremely proud that our collaborative efforts have resulted in these findings.”

Professor Alison Goodall from the University of Leicester, said: “We were delighted to be able to support the study with data from our large cohorts of human subjects, to demonstrate the links between TRIB1 and cholesterol uptake in humans.”

Professor Endre Kiss-Toth also from the Department of IICD led the study. He said: “Studying the genetics of cardiovascular disease in large human populations has revealed that TRIB1 contributes to its development.

“However, this is the first time that its role in immune cells has been directly addressed, thus uncovering a new mechanism by which arterial disease develops.

“The research into this mechanism has not yet translated into novel medical interventions. However we now have pre-clinical proof that it would be beneficial to build on this research and see which patients with cardiovascular disease would benefit from the development of treatments to manage their lipid-laden foam cell formation.”