Sexual health in older people should not be overlooked, says study

A new study has highlighted the sexual health of people over 50 should not be overlooked by health care professionals in order to help maintain wellbeing in old age. 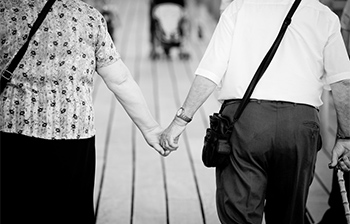 Researchers analysed data from the English Longitudinal Study of Ageing to examine difficulties with sexual activities and function, attitudes towards sex and details about the current sexual partners of over 50s.

Dr Sharron Hinchliff from the University of Sheffield’s School of Nursing and Midwifery, said: “There is a growing body of evidence showing that sexual activity is important to the quality of life of older adults, and that it can be influenced by physical, psychological and social factors. However, older adults’ experiences of sexual difficulties remain relatively unexplored.

“For instance, some participants in the study mentioned becoming more intimate as a way to deal with sexual changes.

“The variations in the way that health professionals approach sexual difficulties in older adults indicates that improvements need to be made to help meet the needs of our ageing population.”

The research, which coincides with the release of a new report entitled ‘How long will I love you?’ from the same study, gathered data from more than 7,000 over 50s.

The new report published by the International Longevity Centre (ILC-UK) found that women over 80 were more likely to share the sexual likes of their partner, feel emotionally close to them and not feel obligated to have sex with them than those aged 50-79.

Despite the report’s findings on the importance of intimacy in later life, it concludes that not enough is being done to ensure that older people have access to good sexual health care and support.

“We know that many men and women remain sexually active throughout their lives, and that intimate relationships in later life can continue to have a positive impact on overall health and wellbeing,” said Baroness Sally Greengross OBE, Chief Executive of ILC-UK.

“Unfortunately, in 2017 there is still a need to dispel myths around relationships in later life.

“Organisations like the ILC-UK will continue to make the case for a life course approach to sexual health and relationships which sees advice and services available from the college to the care home.”

Dr David Lee, Research Fellow at The University of Manchester, said: “We know that positive sexuality and intimacy throughout the lifecourse is linked to higher levels of happiness and wellbeing – irrespective of age.

“Older people have a right to good sexual health care and should be able to easily access joined up services to help them meet that goal.

The International Longevity Centre (ILC-UK) is a futures organisation focussed on some of the biggest challenges facing Government and society in the context of demographic change. Much of its work is directed at the highest levels of Government and the civil service, both in London and Brussels. It has a reputation as a respected think tank which works, often with key partners, to inform important decision-making processes. Its policy remit is broad, and covers everything from pensions and financial planning, to health and social care, housing design, and age discrimination. They work primarily with central government, but also actively build relationships with local government, the private sector and relevant professional and academic associations.

The University of Manchester, a member of the prestigious Russell Group of British universities, is the largest and most popular university in the UK. It has 20 academic schools and hundreds of specialist research groups undertaking pioneering multi-disciplinary teaching and research of worldwide significance. The University is one of the country’s major research institutions, rated fifth in the UK in terms of ‘research power’ (REF 2014), has had no fewer than 25 Nobel laureates either work or study there, and had an annual income of just over £1 billion in 2014/15.