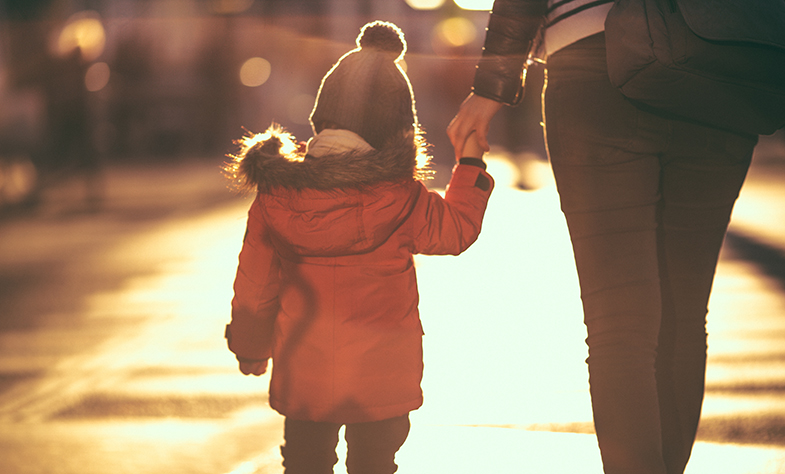 The experience of single parenthood is more common than typically reported – and children’s wellbeing is not negatively affected by living in single parent households – according to a study led by the University of Sheffield.

A report by Sumi Rabindrakumar, in her role as policy officer at the leading national charity working with single parent families, Gingerbread, and University of Sheffield researchers, found that public policy and research needs a more nuanced understanding of single parent family life – reflecting how households change over time.

The study, carried out as part of the University’s Crook Public Service Fellowship scheme, explored the experiences of more than 27,800 households with children over a six-year period.

Rosie Ferguson, Chief Executive at Gingerbread, said: “We have been supporting single parent families for a hundred years and we know first-hand how strong and diverse single parents and their families are.

“Our report with the University of Sheffield debunks myths about single parent households and significantly, it shows that children are not negatively impacted if raised by a lone parent. What is most important to a child’s wellbeing is the presence of positive relationships.

“We urge policymakers and researchers alike to do more to challenge popular stereotypes and reflect the dynamism of family life.”

The report found transitions out of single parent family status are also common. Over six years, one in seven single parents reported getting married or cohabiting – and of these parents, nearly three quarters re-partnered with a biological parent of their child.

The study also found there is no evidence of a negative impact of living in a single parent household on children’s wellbeing in terms of their self-reported life satisfaction, quality of peer relationships, or positivity about family life. Children who are living or have lived in single parent families score as highly – or higher – against each measure of wellbeing as those who have always lived in two parent families.

“Not only is the experience of single parenthood more common than typically reported, but family and caring relationships are more complex and often extend beyond the household unit.

“Crucially, there are clear signs that children’s wellbeing is not negatively affected by living within a single parent household. This fresh look at family life must now be reflected in policy making and research alike. To ignore these trends risks remaining out of touch with the reality of everyday lives and the UK’s family landscape.”

These findings have clear implications for how single parent families should be understood, valued and supported. Stereotyping single parenthood as a problem is inaccurate and immoral.

They should also think beyond the household and understand and value the support networks and relationships between and within households in policy decisions.

Policymakers should also resist popular narratives regarding the perceived ‘problems’ of single parenthood for children and ensure targeted policy making by taking proper account of the evidence on what affects family outcomes.

Professor Nathan Hughes, from the University of Sheffield’s Department of Sociological Studies, said: “These findings have clear implications for how single parent families should be understood, valued and supported. Stereotyping single parenthood as a problem is inaccurate and immoral.

“The evidence on what affects child and family outcomes is readily available to politicians, but often does not seem to penetrate pre-determined negative political narratives about single parents.

“We need to recognise that family extends beyond the household unit. In particular, it is clear that grandparents play a key role in providing both financial and practical support, and therefore in ensuring a child’s wellbeing.”

The research was carried out by a multidisciplinary team as part of the Crook Public Service Fellowship scheme in the University of Sheffield’s Faculty of Social Sciences.

The initiative allows future leaders in the public and not-for-profit sector to work closely with academics on pressing policy issues to influence their sector and wider society.

Professor Crook said: “I am delighted to see how the Crook Fellowships have achieved what I wanted to see when we set these up. They are helping to build strong collaborations between academic colleagues and Crook Fellows working in the policy and practice communities.

“The fundamental aim is to help make the world a better place through rigorous research on difficult policy challenges. These reports show what we can do through building strong links between academics and policy makers.”

Since 1918 we’ve been supporting, advising and campaigning with single parents to help them meet their family’s needs and achieve their goals.

We want to create a world in which diverse families can thrive. We won’t stop working until we achieve this vision. Whatever success means for a single parent – a healthy family, a flexible job, stable finances or a chance to study – we work with them to make it happen.