The University of Sheffield has been ranked one of the top universities for teaching and research in the social sciences by the Times Higher Education.

Sheffield came 63rd internationally and 12th in the UK in the Times Higher Education World University rankings 2018 for social sciences, a rise from last year’s position of 71st place globally. It was also ranked 56th for law and 49th for education in the subject ranking. 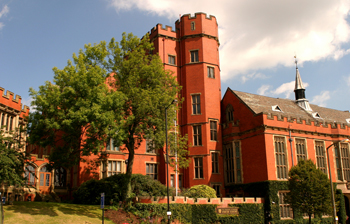 The league table covers includes 400 institutions from across the world and covers a range of subjects, from international relations and politics to geography.

"Social sciences research plays an important role in addressing the major challenges facing society and our ideas are leading academic debates internationally and shaping policy and practice across the globe."

Over the last 20 years, social science departments at the University of Sheffield have been ranked at the very top in UK research assessments, with the impact of the faculty’s research considered exemplary and recognised by national research council prizes and international awards. This world-class research drives and enhances social science teaching at the University, which aims to make an impact, to further and discover knowledge, and to develop research and graduates to be proud of.

Social Sciences at the University of Sheffield have an annual research income of around £12m, which has trebled over the last five years. Recent research successes include major research council investments in projects on urban transformation, international development, housing, social care, democratic change, environmental change, disability, social change, and health and wellbeing.

"This is a testament to the world-leading scholars and teachers in social sciences, who are passionate about delivering inspirational, innovative and cutting edge teaching and ensuring our students leave with the skills, knowledge, and the ability to make a real difference in the world."

The news marks the second accolade for the University in the last seven days. Earlier this week the University scored highly in Which? University’s annual student survey of over 8,000 students, in which it was voted top for its Students' Union and top for nightlife. The University of Sheffield's Students' Union has a longstanding reputation of success and earlier this year was also ranked best in the UK for the ninth year in a row by the Times Higher Education Student Experience Survey 2017.