Soil science will be fundamental in overcoming the growing threat of global food and fuel crop shortages as the world’s population continues to rise, according to innovative research by a University of Sheffield expert. 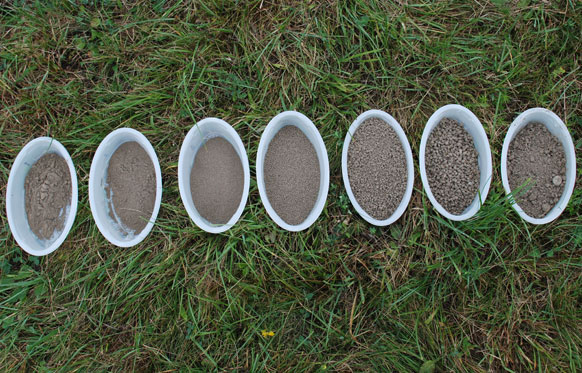 Professor of Environmental Engineering Science Steve Banwart, of the University’s Department of Civil and Structural Engineering, collaborated with the Natural Environment Research Council (NERC) and the Environmental Sustainability Knowledge Transfer Network (ESKTN) in a report published by the Royal Society of Chemistry (RSC).

The report says soils will play a central and critical role in delivering enough food and fuel crops to sustain the increasing global population.

Securing Soils For Sustainable Agriculture highlights a number of actions that must be taken to ensure that the UK soil research is at the forefront of technological advances in this area.

Professor Banwart, who co-authored the report, said: “Our research consortium has shown how plants and soil fungi work together to direct the solar energy captured by photosynthesis into the root zone to target and extract specific nutrients from soil minerals.

“Advances like this are paving the way for precision agriculture, where crops and soil are managed together to gain a much more targeted and efficient uptake of nutrients. It’s exactly the type of science that the UK can utilise for new agricultural technology that increases production and reduces the demand for energy and chemical inputs to fields.”

UK research is well-positioned to support the development of new soil technologies to enable this. The UK has a strong international reputation in soil science and an unrivalled catalogue of soils data. It is also an important location for research and development and production for a number of multinational agricultural technology companies.

The report calls for long-term, sustained funding for soil science, and recommends four priority areas around which clear interdisciplinary research can be developed in the near-term to generate new technologies that will increase crop production and reduce resource use:

• Biosignalling and sensors for precision monitoring and control of crop conditions

• Innovation in plant nutrient and water use efficiency to reduce resource demands.

Other recommendations include the need for improved interdisciplinary working between the industrial agricultural sector, higher education institutions, environmental non-Government organisations, and Government, as well as across the disciplines of chemistry, biology, physics and engineering.

The report, Securing Soils for Sustainable Agriculture – a science led strategy, can be downloaded from the Royal Society of Chemistry website: http://www.rsc.org/ScienceAndTechnology/Policy/Documents/SustainableSoils.asp