Despite experiencing faster private sector job growth than anywhere else in the country, London's public sector workforce has also seen smaller reductions than other regions, according to a new study. 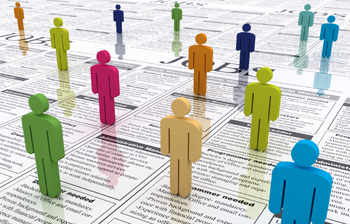 Research by the Sheffield Political Economy Research Institute (SPERI) found public sector job cuts have been spread 'very unevenly' across the regions since 2008, with the capital least affected.

However, researcher Scott Lavery, author of the report, said this view should be questioned in light of the findings.

He said: "Since 2008 job cuts in the public sector have fallen disproportionately on the regions and devolved nations outside of London. As a result of this, London and the South East have increased their share of public sector jobs as a proportion of the national total.

"Interestingly, however, London has also been the region with the fastest rate of private sector job growth in this period.”

He added: “This suggests that simplistic assertions about the public sector ‘crowding out’ private sector job creation need to be challenged if we are to build a more sustainable and equitable economic settlement for the UK."

Examining employment figures between the first quarter of 2008 and the third quarter of 2014, he found 10.7 per cent of public sector jobs were lost in the UK.

While the North East of England lost 19 per cent and Yorkshire 12.6 per cent of its public sector jobs, London saw a cut of just 3.1 per cent.

In contrast, all regions saw an increase in the number of private sector jobs – but the impact of this varied across the country. For example, the size of the private sector in London increased by 15.7 per cent, but in Wales only rose by 1.1 per cent.

Regions which lost a high proportion of their public sector jobs – such as the North East, North West and Yorkshire and Humberside – have seen private sector growth at a rate approximately half that of the capital.

Scott Lavery said: “One of the main goals of the UK Government has been to rebalance the UK economy and ensure that economic activity is not concentrated in and around London. However, the data shows that London continues to expand its private sector at a far faster rate than other regions of the UK, while its public sector workforce has been relatively protected from the cuts.”

The full report can be viewed at http://speri.dept.shef.ac.uk/publications/speri-briefs/ .
Today’s publication is the latest in a new series of SPERI British Political Economy Briefs. Through this series SPERI hopes to draw upon the expertise of its academic researchers to influence the debate in the UK on sustainable economic recovery.