Scientists at the University of Sheffield have developed a new technique to examine human sperm without killing them - helping to improve the diagnosis of fertility problems. 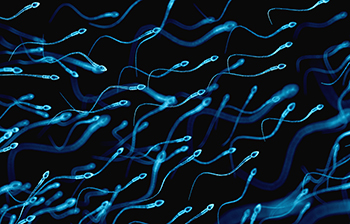 The Magnetic Resonance Spectroscopy technique, uses powerful magnets and works like radar by firing pulses of energy at the sperm sample inside a purpose built scanner and then listening to the echoed signal by the molecules in response. This could help to distinguish between populations of good or poor sperm.

Unlike other more destructive examination methods, the low energy pulses do not damage sperm, meaning they could potentially go on to be used in IVF treatment. This is similar to a technique that doctors use to capture images of cells and tissues inside the body.

Professor Martyn Paley, from the University’s Department of Infection, Immunity and Cardiovascular Disease, said: “The technique of Magnetic Resonance Spectroscopy has been previously used to examine the molecular composition of many cells and tissues in other diseases such as cancer, but it has never previously been used to examine live sperm. As such, these results are a world first.”

During the study, scientists examined fresh sperm samples from healthy volunteers and patients for just over an hour.

From the data gathered scientists were able to build up a profile of the molecules present in the sperm and how they differ between samples.

Professor Allan Pacey, fertility expert from the University of Sheffield, who was part of the spermNMR study team, said: “Most of the advanced techniques we have available to examine the molecules in sperm end up destroying them in the process by either adding stains or by breaking open their membranes to look at the contents. 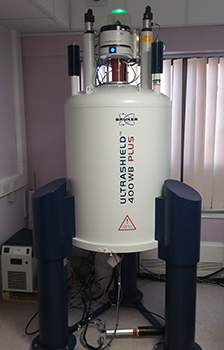 “To potentially have a technique which can examine the molecular structure of sperm without damaging them is really exciting.”

One of the technical challenges that the team faced was how to detect the molecules that were present in sperm rather than those present in semen, the fluid in which sperm are ejaculated.

To do this, the team examined a number of ‘sperm washing’ techniques that are currently used to prepare sperm for IVF. They found that by spinning the samples very fast in a centrifuge several times they were able to reduce the background noise from molecules in semen to a point where they could reliably detect the ones from sperm.

Research Associate Dr Sarah Calvert from the spermNMR team, said: “Washing the sperm in a centrifuge is a critical step for this technique to work as any contamination from seminal plasma can also be detected by the scanner. But by adding an extra spin cycle to the techiques that are commonly used in IVF we were able to minimize that contamination.”

The results of the study show that a number of molecules such as Choline (vitamin-like essential nutrient) and Glycerophosphocholine (a natural choline compound found in the brain), Lipids (common components of sperm cell membranes) and Lactate (an end product of cellular energy usage) were significantly different between samples of sperm separated into ‘good’ and ‘poor’ populations.

Research Fellow Dr Steven Reynolds explained: “The fact we can detect differences in molecular composition between samples of ‘good’ and ‘poor’ sperm is really significant because it opens up the opportunity for us to develop a novel biomarker to help with diagnosis.

“Or it might one day allow us to design specific therapies for men with poor sperm that might help give them a boost.”

University of Sheffield
With almost 27,000 of the brightest students from over 140 countries, learning alongside over 1,200 of the best academics from across the globe, the University of Sheffield is one of the world’s leading universities.
A member of the UK’s prestigious Russell Group of leading research-led institutions, Sheffield offers world-class teaching and research excellence across a wide range of disciplines.
Unified by the power of discovery and understanding, staff and students at the university are committed to finding new ways to transform the world we live in.
Sheffield is the only university to feature in The Sunday Times 100 Best Not-For-Profit Organisations to Work For 2017 and was voted number one university in the UK for Student Satisfaction by Times Higher Education in 2014. In the last decade it has won four Queen’s Anniversary Prizes in recognition of the outstanding contribution to the United Kingdom’s intellectual, economic, cultural and social life.
Sheffield has six Nobel Prize winners among former staff and students and its alumni go on to hold positions of great responsibility and influence all over the world, making significant contributions in their chosen fields.
Global research partners and clients include Boeing, Rolls-Royce, Unilever, AstraZeneca, Glaxo SmithKline, Siemens and Airbus, as well as many UK and overseas government agencies and charitable foundations.