Sperm size and shape in young men affected by cannabis use

Young men who use cannabis may be putting their fertility at risk by inadvertently affecting the size and shape of their sperm according to research published today (Thursday 5 June 2014).

In the world’s largest study to investigate how common lifestyle factors influence the size and shape of sperm (referred to as sperm morphology), a research team from the Universities of Sheffield and Manchester also found that sperm size and shape was worse in samples ejaculated in the summer months but was better in men who had abstained from sexual activity for more than six days. 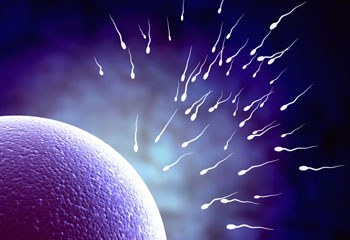 However, other common lifestyle factors reported by men, including smoking cigarettes or drinking alcohol, appeared to have little effect.

The study, published in the medical journal Human Reproduction, recruited 2,249 men from 14 fertility clinics around the UK1 and asked them to fill out detailed questionnaires about their medical history and their lifestyle.

Reliable data about sperm morphology was only available for 1,970 men and so the researchers compared the information collected for 318 men who produced sperm of which less than four per cent was the correct size and shape and a control group of 1,652 men where this was above four per cent and therefore considered ‘normal’ by current medical definitions.

Men who produced ejaculates with less than four percent normal sperm were nearly twice as likely to have produced a sample in the summer months (June to August), or if they were younger than 30 years old, to have used cannabis in the three month period prior to ejaculation2.

Lead author Dr Allan Pacey, Senior Lecturer in Andrology at the University of Sheffield, said: “Our knowledge of factors that influence sperm size and shape is very limited, yet faced with a diagnosis of poor sperm morphology, many men are concerned to try and identify any factors in their lifestyle that could be causing this.

"It is therefore reassuring to find that there are very few identifiable risks, although our data suggests that cannabis users might be advised to stop using the drug if they are planning to try and start a family.”

Previous research has suggested that only sperm with good sperm morphology are able to pass into the woman’s body following sex and make their way to the egg and fertilise it. Studies in the laboratory also suggest that sperm with poor morphology also swim less well because their abnormal shape makes them less efficient. 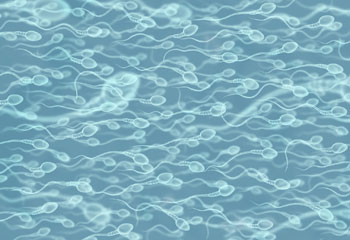 Dr Andrew Povey, from the University of Manchester’s Institute of Population Health, said: “This research builds on our study of two years ago3 which looked at the risk factors associated with the number of swimming sperm (motile concentration) in men’s ejaculates.

“This previous study also found that there were relatively few risk factors that men could change in order to improve their fertility. We therefore have to conclude again that there is little evidence that delaying fertility treatment to make adjustments to a man’s lifestyle will improve their chances of a conception.”

Although the study failed to find any association between sperm morphology and other common lifestyle factors, such as cigarette smoking or alcohol consumption, it remains possible that they could correlate with other aspects of sperm that were not measured, such as the quality of the DNA contained in the sperm head.

Professor Nicola Cherry, originally from the University of Manchester but now at the University of Alberta, commented on a recent companion paper published by the group in the Journal of Occupational and Environmental Medicine4: “In addition to cannabis exposure shown in this paper, we also know that men exposed to paint strippers and lead are also at risk of having sperm with poor morphology.”

The study, funded by the UK Health and Safety Executive, the UK Department of Environment, Transport and the Regions, the UK Department of Health and the European Chemical Industry Council, follows on from the team’s previous research which showed that men who worked with organic solvents, particularly glycol ethers, were more likely to ejaculate lower numbers of swimming sperm5.

The paper, ‘Modified and non-modifiable risk factors for poor sperm morphology’ by AA Pacey et al, will be published in the journal Human Reproduction, at 00:05 (BST) on Thursday 5 June 2014.

The University of Sheffield
With almost 25,000 of the brightest students from around 120 countries, learning alongside over 1,200 of the best academics from across the globe, the University of Sheffield is one of the world’s leading universities.
A member of the UK’s prestigious Russell Group of leading research-led institutions, Sheffield offers world-class teaching and research excellence across a wide range of disciplines.