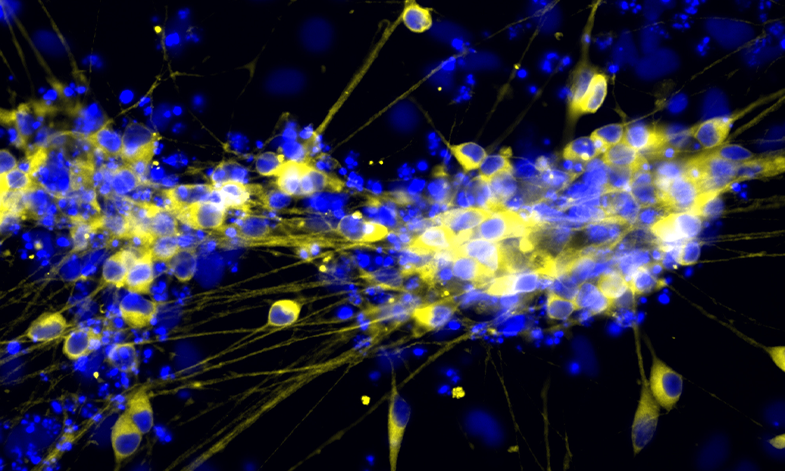 Scientists have made a breakthrough in understanding how the enteric nervous system forms, which could pave the way for new treatments for neurodegenerative diseases such as Parkinson’s.

The findings, published in the journal Stem Cell Reports, pave the way for using stem cells to understand and treat a range of diseases linked to the enteric nervous system - which is embedded in the walls of the esophagus, stomach, small and large intestines, pancreas, gallbladder and biliary tree.

Researchers from the University of Sheffield and University College London (UCL) identified a key stage in the formation of the enteric nervous system using pluripotent stem cells, which can generate any cell type in the body, and were able to generate enteric neurons in the lab.

The enteric nervous system contains between 400-600 million nerves and is crucial for everyday functions such as digestion, fluid absorption and communicating with the immune system.

Dr Anestis Tsakiridis,Group Leader of the Study from the University of Sheffield’s Centre for Stem Cell Biology, said: “Our findings show new promise for using stem cells to treat a range of diseases. We now plan to utilise these findings as the basis for developing stem cell-based approaches to treat and model diseases caused by dysfunction of the enteric nervous system.”

Dr Tom Frith, from the Francis Crick Institute who led the study said: “This work was the result of an exciting collaboration with experts from the UCL Great Ormond Street Institute of Child Health.

“These results are a key first step into generating cells in a dish that may one day be used to help treat patients.”

The team involved in the study have been awarded a £1.2 million grant from the Medical Research Council (MRC), which focuses on the development of a stem cell therapy for the treatment of Hirschprung’s disease.

The University of Sheffield’s Centre for Stem Cell Biology undertakes fundamental and applied research on the biology of pluripotent stem cells with the aim to develop cell therapies for regenerative medicine.