The University of Sheffield's Students' Union has been voted the best in the UK by the Times Higher Education Student Experience Survey. 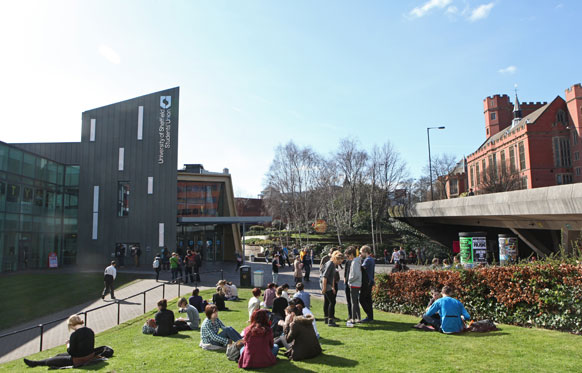 Results published today (Thursday 25 April 2013) rank the University of Sheffield third out of 102 institutions and the first in the Yorkshire and Humber region for the best all-round student experience.

More than 14,000 students from universities across the country took part in the survey, which assesses 21 different attributes of their institutions including teaching, good community atmosphere, good support and extra-curricular activities.

As well as scoring highly for good accommodation, student support and high quality facilities, the University outshone other institutions, including Oxford and Cambridge, with the highest score for social life and the Students' Union.

The University of Sheffield's Students' Union, which offers more than 200 sports clubs and societies, is currently undergoing a major £20 million refurbishment.

Students' Union President Abdi Suleiman, said: "It is genuinely terrific to know how well regarded our Students' Union is. Being ranked first for satisfaction when the Union is currently undergoing a major investment project and some of our facilities are not functioning as normal is phenomenal. 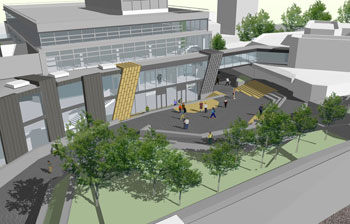 "This just goes to show that once the project is completed we will indisputably have the best Students' Union in the country.

"Students here benefit from the best of many things – Sheffield is the best city to live in, the University has enthusiastic and world-renowed researchers and academics and this satisfaction survey shows we have the best social life and Students' Union as well!"

Topping the Times Higher Student Experience Survey is the latest in a number of accolades for the Students' Union after coming first in the Student Barometer in March for the second year running and being crowned number one in the UK by the National Student Survey 2012.

Professor Sir Keith Burnett, Vice-Chancellor of the University of Sheffield, said: "We are delighted to be ranked so highly for student experience. Choosing to go to a particular university is more than an investment in a future career. It also provides you with a life changing opportunity to broaden your horizons and develop socially and academically. Our excellent student facilities are home to a vibrant community and provide a student experience that is enriching. We believe university life at Sheffield inspires students for the rest of their lives and we are delighted that our students agree."