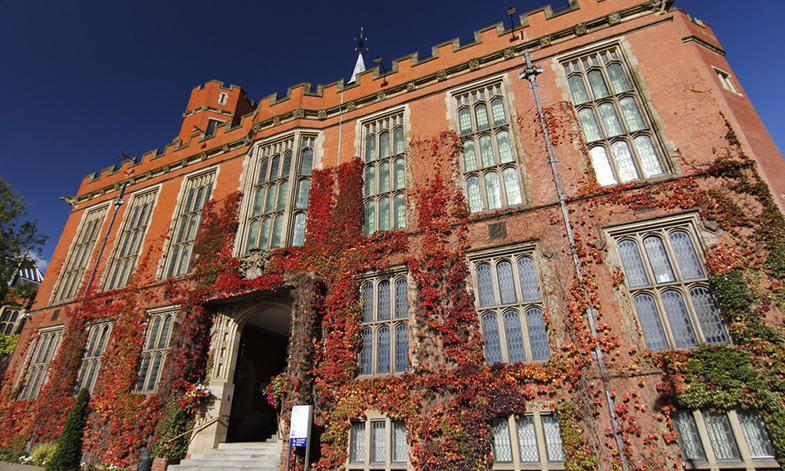 The University of Sheffield has been named as the number one university in the UK for its pioneering student voter registration practices in new rankings published today (7 November 2019).

The University has been placed joint first, along with the universities of Hull and Worcester, in new rankings compiled by Vote for Your Future in conjunction with Times Higher Education.

For the first time, universities have been ranked according to their voter registration efforts in five key areas: digital integration, communication, turnout, monitoring and engagement. The University of Sheffield scored top marks across all five categories in the assessment, which involved 70 UK universities.

The ranking highlights the success of the University in encouraging its students to register to vote through its pioneering student voter registration scheme.

Since 2014, the University of Sheffield has integrated voter registration into its start of term registration process. When students enrol at the University, they are given the opportunity to state if they would like their details to be shared with Sheffield City Council so they can join the electoral roll.

The University started its scheme with Sheffield City Council to boost awareness of the benefits of registering to vote and to improve the level of student electoral registrations. It has since been cited in Parliament as an example of best practice for its success in achieving high student voter registration figures.

Professor Wyn Morgan, Vice-President for Education at the University of Sheffield, said: "Universities have an important civic role to play in encouraging students to engage and participate in political processes as active citizens.

"By working with Sheffield City Council since 2014 to integrate voter registration into our University enrolment process, we've made it as easy as possible for our students to join the electoral roll. So far this academic year, more than 11,500 of our students have registered to vote through this process alone.”

He added: "At the University of Sheffield, we're proud that our students are so politically engaged and we work closely with our Students' Union to encourage our students to register to vote so they can be an active part of our democracy. We're delighted that our voter registration practices, and our wider work to encourage students to engage in politics, have been recognised in this way."

The rankings took into account the University’s communications campaigns during the 2015 and 2017 general elections - including its dedicated general election website offering academic insight and analysis. It also recognised the work of University and Sheffield Students’ Union to encourage students to register to vote and turn out on polling day.

The University is now highlighted as a case study in a new Student Voter Registration Guide by Vote for Your Future, which will be sent to every university in the country.

Jake Verity, President of Sheffield Students’ Union, said: “It's great to see that our efforts to ensure all our students are registered to vote have been recognised.

“As a Students' Union it's vital that we encourage students to engage with politics, to make sure that the issues currently faced by young people are represented in election results and put on the agenda of the country's leaders. Our next priority is to get as many of our students as possible out to vote on polling day.”

Vote For Your Future is a non-partisan campaign aimed at making sure young people’s voices are heard through electoral registration and turnout. 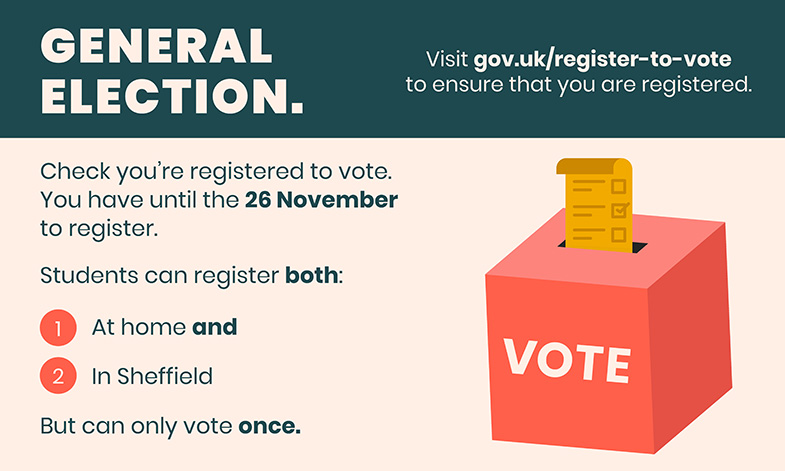