The University of Sheffield’s Students’ Union has been voted the best in the UK for the fourth year in a row in the National Student Survey (NSS) 2015. 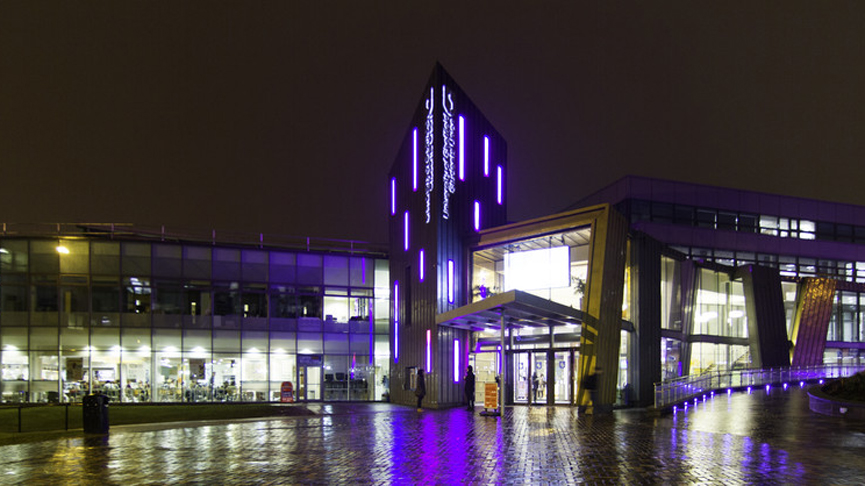 The award-winning Students’ Union, which underwent a £20 million state-of-the-art refurbishment in 2013, has retained its number one title after being awarded a 95 per cent overall satisfaction rate in the annual survey – an increase from last year’s figure of 94 per cent and three per cent above its nearest rival.

The University has also been ranked joint top in the Yorkshire and Humber region and joint 3rd in the Russell Group, the association of leading UK research-intensive universities, with an overall satisfaction score of 90 per cent. The sector average is 86 per cent.

Students’ Union President Christy McMorrow said: "We're delighted that students have rated Sheffield Students' Union the best in the UK for the fourth year in a row.

“This is a testament not only to our fantastic services but also to the culture of student representation and leadership that all of our members have helped to foster. We will be working to make our Students’ Union even more inclusive and innovative for the future and strive to improve the student experience for all of our members."

The University’s outstanding library services and IT resources were recognised with high satisfaction scores of 91 per cent and 89 per cent respectively.

This year the University’s response rate to the NSS increased by three per cent with 75 per cent of eligible students taking the time to share their thoughts about the institution.

Professor Anne Peat, Pro-Vice-Chancellor of Learning and Teaching at the University of Sheffield, said: “The National Student Survey provides valuable information upon which we can enhance the student experience and I am delighted that once again our Students’ Union has been voted the best in the country.

"The results are a clear demonstration of our commitment to providing an outstanding student experience, excellent facilities and world-class teaching and support to our students.

"The fact that our students continue to be among the most satisfied in the country is fantastic."

These results, published today (Wednesday 12 August 2015), come as thousands of students across the country prepare to receive their A-level results tomorrow (Thursday 13 August 2015).

Students receiving excellent A-Levels are invited to upgrade to the University of Sheffield through Adjustment and Clearing.

The University has been rated highest nationally for satisfaction in several subject areas:

The University also scored highly in a variety of other subjects:

Note: these are Joint Academic Coding System (JACS) subject areas rather than departments, so may cover a range of programmes from various Sheffield departments, in some cases.

The NSS covers nearly all final-year undergraduates studying for higher education qualifications at higher education institutions (HEIs) and further education colleges (FECs) in England and Wales, and HEIs in Northern Ireland and Scotland. The survey is funded by the four UK higher education funding bodies (the Higher Education Funding Council for England, the Scottish Funding Council, the Higher Education Funding Council for Wales and the Department for Employment and Learning Northern Ireland), the National College of Teaching and Leadership and Health Education England. HEIs in Scotland and participating alternative providers fund their own participation in the survey. The threshold for publication at each institution is that at least 10 students must have responded, and that these should represent at least half the students eligible to participate.

In 2014 it was voted number one university in the UK for Student Experience by Times Higher Education and in the last decade has won four Queen’s Anniversary Prizes in recognition of the outstanding contribution to the United Kingdom’s intellectual, economic, cultural and social life.