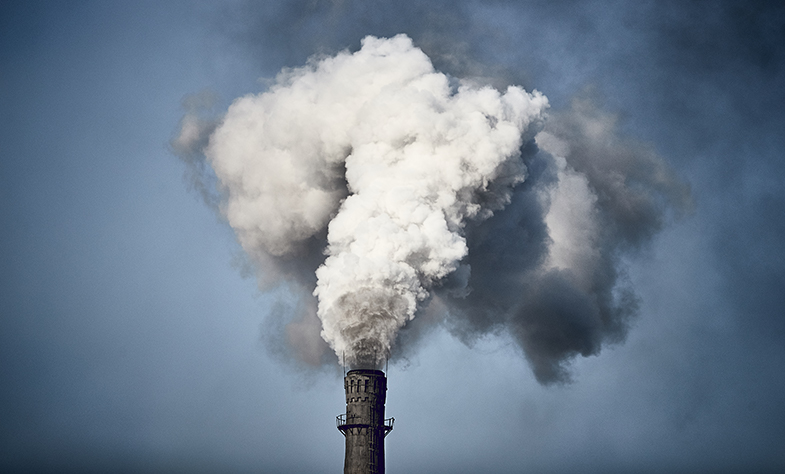 Britain’s emissions dropped by six per cent in 2016 by switching from coal to natural gas a new study from the University of Sheffield has revealed.

The collaborative study by Dr Grant Wilson from the Department of Chemical and Biological Engineering and Energy 2050 at the University of Sheffield and Dr Iain Staffell from the Centre for Environmental Policy at Imperial College London, highlights the scale and speed of emissions reduction in Britain as a result of fuel switching from coal to natural gas through effective carbon pricing.

The switch analysed in the study was made possible by incentivising gas over coal through effective carbon pricing. A carbon price of £18 per tonne in 2016 was needed to incentivise the fuel switch.

The research found that if spare capacity already existed, then switching from coal to gas will be a quick win method of reducing emissions as it does not require several years to build the generation to impact reductions in emissions, unlike other options such as renewable and nuclear energy.

The necessity for spare capacity is one of the factors that the potential for other countries adopting this tactic was contingent upon. Other factors for success outside Britain include the security of supply chains, price, and also political interest.

The study found that Russia and the US could potentially convert 40-50 per cent of their coal generation to natural gas but China and India could only displace six-12 per cent due to the relative size of their natural gas generation. A high level assessment of the scale of decarbonisation if other countries were able to switch with existing generation assets was found to be in the region of one Gigatonne of CO2 per annum, which is equal to three per cent of global emissions.

Dr Grant Wilson, from the University of Sheffield, said “This research suggests that fuel switching from coal to natural gas with existing generation is an area that warrants greater policy interest at a global level.

“Not least as it is likely to prove vastly cheaper to refrain from emitting a tonne of CO2 now, rather than have to take it back out of the atmosphere in 50 years time.

“We believe that carbon pricing was the additional factor that tipped the scale in favour of switching from coal to natural gas - and without this - the market in Britain would still be generating electricity with coal to a greater degree.”

A major benefit of switching from coal to gas is that the electrical system has decarbonised faster in the short term. Although, one risk of switching fuels is that natural gas may stay on the system for longer than necessary to be compatible with longer term decarbonising targets.

Dr Iain Staffell, from Imperial College London, said: “Switching from coal to gas is not a long-term solution, but it is an important step to start reducing emissions quickly and at minimal cost. This will give us time to build up the required renewable energy capacity to permanently cut global carbon emissions.”

The study is published today (26 March 2018) in the journal Nature Energy.